Was John Travolta Involved In A Secret, Incestuous Gay Relationship With His Son Jett? Where Are All The Jett Travolta Jokes?

I hope this post really pisses off the Liberal and Progressive crowd. I am endlessly amused by the feigned outrage of comments I receive from those brave Anonymous visitors who lecture me on what they feel is my lack of compassion.

I remember when Anna Nicole Smith died The LeftTards cranked up the joke machine and made one joke after another about her. Not only did The Left make jokes about her death, they insinuated - without the slightest proof - an incestuous relationship between Anna and her son Daniel who died five months before she did, saying that he was the father of DanniLynn. There's no gutter so deep that The Left won't step into it.

DNA testing would prove that Daniel was not DanniLlynn's father.

Here is lack of compassion for you from three of Liberal Radio Talkers. The subject was the death of Anna Nicole Smith.

"What constitutes a whore? How many men does a woman have to sleep with before she's a whore? I'm just asking."

Liberal Talker Ed Schultz: Wife-beater/abuser.
Shot and killed his own dog while in a drunken stupor during a hunting trip.
Two other Liberal Radio Talkers, Skanky Miller and Ratty Rhodes also displayed a complete lack of compassion, both perpetuating the lie that Daniel was the biological father of DanniLynn.

Skanky also perpetuated the falsehood that Anno Nicole died due to choking on her own vomit. This is absolutely false and did Skanky ever retract her lie? No.

You can read more about the lies told by Skanky Miller about Anna Niocle here.

So, where's all the Jett Travolta jokes from the above three pieces of shit?

Where's all the speculation from Skanky and Ratty that maybe John Travolta was having an incestuous gay relationship with his own son? Did John kill his own son because Jett was preparing to call Child Protective Services and report his dad for sexually abusing him? Who knows.

I'm fresh out of sympathy for Liberals. Fuck 'em, fuck them all. Feed 'em to a pool of hungry sharks. The planet will be much better place without them. 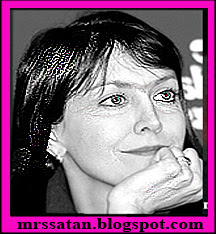 Liberal Talker Skanky Miller. In her mid-50's why is she single? Lezbo? Could be.
The more likely answer is that she prefers a bestiality relationship with her dogs.
Some news reports claim Jett died from a seizure. Others report that the Travolta family will not release the autopsy results. Some say Jett died from hitting his head when he fell.

Do you know why Jett Travolta died from hitting his head on the porcelain bathtub?
Because his gay and/or bisexual dad was so furiously fucking him up the ass he lost his footing from all the KY Jelly on the floor, slipped, fell, hit his head and died. (Cue laugh track.)

Tasteless? Absolutely, no doubt about it. No more, and no less, tasteful than the statements made about Anna Nicole and Daniel by Schultz, Miller and Rhodes. 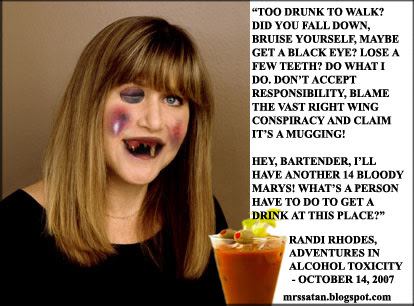 Ratty Rhodes: Booze hound alcoholic cunt and a Lying Piece of Liberal Shit.
The reason the uber-Liberals and Progressives don't like what I write here is because I hold them to the same standards that they hold everyone else except themselves. I take Liberal and Progressive rage - and there's an endless supply of it - and turn it right back onto them. They don't like it. Ask me if I fucking care.

I'm going to make fun of dead Liberals when they die and I don't care if they are the child of a Liberal Hypocrite like John Travolta and I don't care if it's Fat Ted Tumor Head Kennedy. See, Liberals don't hold an exclusive patent on being disrespectful or showing a lack of compassion.

As Liberal Radio Talker The Rapidly Decaying Corpse of Mike Malloy said on July 5, 2006: "It's fun to speak ill of the dead." 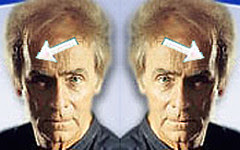 That's not a blood vessel on Malloy's scrotum-like wrinkled and aged forehead.
I bet it's a big old wormy chunk of spirochete Treponema pallidum, the bacteria that causes syph.
No wonder he's mentally deranged. That's what happens to the brain when syph goes untreated.
Hey Libs, I'm just taking the cue from one of your Liberal icons. And you don't like it? Aw, shucks, that's a shame. You Libs hate it when you're treated like you treat others, right? Well, that's just too fucking bad.

You know, if you can't take it - you shouldn't be dishing out, but since you continue doing so, I will be treating you exactly as you treat others.

It's easy and simple to analyze why Skanky and Ratty treated Anna Nicole so badly. Anna was gorgeous - yeah, she got chubby for a while but when she slimmed down she was hot. Skanky and Ratty, on the other hand, are about as attractive as what you flush down the toilet the morning after half-price taco night at your neighborhood tavern.

Yep, it's going to be Par-Tay Time At The Drake House when these Liberal Pieces of Shit die. I'll be too drunk celebrating their deaths to blog about it!

Let me know of any good Jett/John Travolta jokes if you hear them.

I know many of you will find this post completely tasteless and appalling. Good, you should, because I'm applying the standard used and abused by the Liberals mentioned above.

Comments:
I am really unsure how to react to this because of the ambiguity. Are you saying that you like these people and are reporting on their unfortunate mishaps? Or are you trying to claim that these types of things happen to normal people?

I just can't tell, David, maybe you should quit trying to be so damn NICE to these losers.

Dude. Dave. wtf? I love your writing and agree with you so much of the time. This is over the top and tasteless. Come on, you're better than that.

I am really unsure how to react to this because of the ambiguity. Are you saying that you like these people and are reporting on their unfortunate mishaps? Or are you trying to claim that these types of things happen to normal people?

I'm trying to be ambiguous enough so I can't possibly held accountable for any type of criticism. Gee, I thought I made that clear. ;-)

I'm treating the Liberals to their own standard of treatment. It seems some of them dislike me doing this. And that...that's a shame, ain't it?

Schultz, Skanky, Ratty, Malloy and the other Lib Talkers should all die in a plane crash. I'd be orgasmic for weeks.

Well, then we agree to disagree, right? And that's all there should be to it. You've been a long-timer as a visitor and commenter and much of the time we've agreed on most things and here and there we've disagreed.

Over the top and tasteless, yep. That's my whole point in how the Left treats those they dislike due to something as - really - insignificant as differing political beliefs. They get back from me what they dish out to others.

Look, I've always been more than accommodating to those who respectfully disagree with me and treated them civilly. It's the crazed whackos that I will no longer treat with kid gloves.

I have been feeling like do-do all day cause I have the flu, and this made me laff my ass off. Dead on. You are so right to call attention to the huge double standard these soulless mental lightweights live by each and every day of the world.

Glad it made you laugh and feel a bit better.

All I do on this blog is take the standards used by Libs to judge everyone but themselves and turn it right back onto them. And I try to do it well.

Soulless, mental lightweights is EXACTLY what they are.