Did you read the syndicated piece over the weekend by that wacky David Brooks, writer at The New York Times? Boy, I can't wait to hear Jenanannnnananannne Garafoolio and Sham Cedar rip him up one side and down another. Wait, somehow I doubt they will.

I mean, if Brooks' piece had been written by, oh, I don't know, Tony Snow, Patrick Buchanan, Karl Rove or someone like that, wooo-hooo, the usual Insane Liberal Clown Posse would be chomping at the bit!

Brooks wrote about a different type of liberalism for democrats. Why, he even "lifted" the idea put forth by Hillary Clinton that the next big idea for democrats is "the common good". 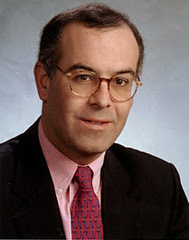 Brooks begins his piece by using multiculturalism as an issue that worked for the democratic party in the 1990's. Using Richard Bernstein's "Dictatorship of Virtue", Brooks notes that:

..."[Bernstein describing the excesses of multiculturalism of] the campus speech codes, the forced sensitivity training, the purging of dead white males from curriculums, the people who had their careers ruined by dubious charges of racism, sexism and ethnocentrism."

Then Brooks uses Michael Tomasky's "Left For Dead" to argue:

..."that the progressive movement was being ruined by multicultural identity politics. Democrats have lost the ability to talk to Americans collectively, Tomasky wrote, and seem to be a collective of aggrieved outgroups: feminists, blacks, gays and so on."

Any "Right Wing Republican" who asserted the above would be immediately called by the left a sexist, a racist and a hate-monger by the National Organization of Women, The NAACP, Jesse Jackson and Al Sharpton and by any number of Gay and Lesbian Alliance Groups. Why are they so quiet here?

Mr. Brooks then segues into reasons why multiculturalism is, or should be, a declining motivating factor in liberal ideology:

"A different sort of liberalism is taking over the Democratic Party. Multiculturalism is in decline for a number of reasons. First, the identity groups have ossified. The feminist organizations were hypocritical during the Clinton impeachment scandal, and both fevered and weak during the Roberts and Alito hearings. Meanwhile, the civil rights groups have become stale and uninteresting."

I'll give him the waning of feminist organizations, for they were most silent during both terms of the Clinton Administration. Years where they instead should have been most vocal had they actually believed that their cause was a worthy and legitimate one. It may have been, we'll never know, because they lost all credibility and what integrity they had by their notable silence during each and every case of abuse of women by Bill Clinton.

But along came the Roberts and Alito hearings. Suddenly, the feminist organizations thought their voice not only should be heard, but that their voice mattered! The public responded with a resounding yawn fully aware that the feminist organizations effectively self-castrated themselves by their adopted muteness in the Paula Jones, Gennifer Flowers, Kathleen Wiley and Juanita Broderick allegations as well as other women who claimed Bill Clinton harassed and abused them.

"Second, Democrats now understand that they must pay less attention to minorities and more to the white working class if they want to regain the majority.

"Pay less attention to minorities"? Oy! If that is put into practice by the Left, who will they have left to pander to as a political base? Is Brooks suggesting that the Left abandon "their plantation"?

My question for David Brooks, at this point, is who's the ghostwriter for you in this piece? David Sedaris? Bill Maher? Stop - Maher doesn't have the required intellect to have written this for you, Sedaris - yes, but I don't think even David Sedaris ventures this far into political satire.

Gee, and I thought the calendar on the desk of democrats was forever and permanently stuck on September 10, 1991. Imagine that.

Brooks brings up Tomasky's new essay (imagine that, a liberal writer changing beliefs due to a changing national mindset!) that Brooks says:

"...[Tomasky] argues that it is time Democrats cohered around a big idea (My note: you mean global warming isn't their ticket back to a majority?) - not diversity and not individual rights, but the idea of the common good."

Ah, the Common Good. We've heard this before from Hillary Clinton, two years ago: "We're going to take things away from you on behalf of the common good."

"...we're all in this together; we are all part of a larger national project; we all need to make some shared sacrifices and look beyond our narrow self-interest."

Brooks needs to support his piece by borrowing from "two other liberal writers", (his words, not mine), John Halpin and Ruy Teixeira, who, Brooks says, have just finished a long study that comes to the conclusion that:

"Surveying mountains of polling data [concludes] that the Democrats' chief problem is that people don't think they stand for anything."

Please, feel free to release hearty laughter amongst yourselves. I know what you're thinking. It took a 'long study and surveying mountains of polling data' to reach the conclusion that Democrats don't stand for anything?

C'mon Mr. Brooks, admit it, this is an outrageous piece of political satire on your part, isn't it? Did Gary "Garrison" Keillor, with help from The Onion, write this for you - fess up!

Brooks blathers on for a few more paragraphs and even makes time to mention Cluck Schumer and Harry Reid:

"Harry Reid and Chuck Schumer will never ask their people to make sacrifices, but until they do, the higher talk of common good will sound like bilge."

Brooks ends his piece with the following:

Boy, it's a good thing conservative writer Cal Thomas didn't write that last paragraph because he'd be labeled a racist, a women hater and a lover of the only president who dropped THE BOMB, and a democratic Bomb Dropping president at that!

I'm not sure whose mind David Brooks thinks he will change with his piece. Does he believe that the ruling class of the democratic party will change their hardcore and long held beliefs to regain a political majority in Congress and the occupancy of the White House?

Any change in party belief for the liberals will be, and you can count on it, only cosmetic in nature. They're not about to amend their party platform to discount and deny what their party is all about and has been about for several decades.

They're not going to substitute the beliefs of their political opposition in place of their own philosophy. And even if they did, who would believe them other than their own uncompromising party loyalists? Who would believe them other than those who would take what they say, with a wink and a nod, and know that what the "new democrats" proclaim is purely nothing but a calculated facade to worm their way back into office?

When you start talking about "doing things on behalf of the Common Good" you are telling those who hear your message that you are beginning your plans for a monolithic oligarchy. Which is likely a true and accurate assessment of the Left, even though they will claim that it is not.

Comments:
"for the common good" is the standard ploy of socialism. Beware of anyone who says they are taking something away from you for your own good.

We really shouldn't be surprised at all that it is Mizz Hillary uttering those words, should we?

"For the common good" and also "for the children." Words to be wary of.

How about "For the uncommon good?"

Great post-almost parodies mine on multiculturalism. Talk about being on the same wave length so to speak. LOLz!

Hey--- you better not be doing a Joe Biden and plagiarizing me...LOL!!!

Thanks Layla! I will ck out your post as well!!