Liberals Entitled To Offend and Attack 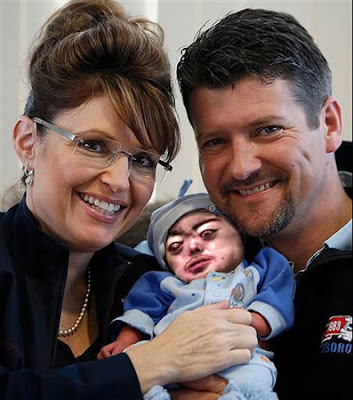 I dedicate this post to all the Liberals, Progressives and Pbama Cultists who told me in comments and e-mails that, "Nobody Photoshopped Trig Palin in an offensive way or in bad taste. Nobody." Well, take a look at the images people. And if you don't want to believe me, just Google search the terms Trig Palin Photoshopped.

Did you know Insane Liberal Close Posse (ILCP) and the Pbama Cultists have complete license to attack anyone they want without any consequences? They sure do.

They write, say and Photoshop anything they want and the rest of us are supposed to accept it without questioning or challenging it. The ILCP and Pbama Cultists say and write things like the reason for Trig Palin's Down Syndrome is because Trig's real mother is Bristol, not Sarah, and the father of Trig is Bristol's brother Track. If you disagree with what they say, or you find it offensive, well...according to the ILCP and the Cultists you'd damn better not voice your disagreement. (Incest is not a contributing factor to Down Syndrome, btw - but the ILCP and The Cultists aren't about to allow medical facts get in the way of what they believe). 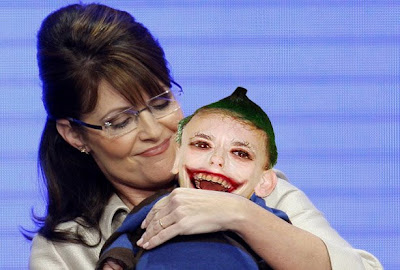 Which Liberals and Progressives condemned the things written, said and Photoshopped of Trig and Bristol Palin? Who in the ILCP members and which Pbama Cultists expressed outrage over how the Palin children - especially Trig - were, and still are, being treated? I don't know.....0.000000000000001 percent, maybe? It's just a guess on my part.

Relentlessly attack and dehumanize those who disagree with your politics is the Modus Operandi of the ILCP and The Cultists. Hitler and the Nazis used the same tactics; relentless attacks and dehumanization.

The Left has to operate this way because they can't win on facts and evidence. Smear-merchanting, hate-mongering, personal attacks and lies are all they have.

In the existence of my blog, if anything, it could be said there are times I am guilty of bad taste, nothing more. Bad taste breaks no law. Being offensive isn't illegal. Neither is over-the-top satire or sarcasm.

A faux-documentary about the assassination of George W. Bush? Why, that's art. A crucifix submerged in urine? That's art. Feces included on a painting of the Virgin Mary? Again, it's art. It's offensive art. It's in bad taste. But according to the ILCP and The Cultists, no one is supposed to voice any disagreement. Instead, everyone else must accept being offended and bad taste because it's art. 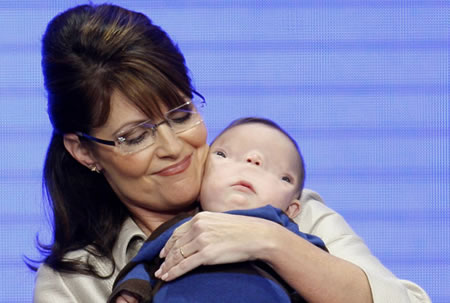 If The Left policed their own, and held their own members as accountable as they do anyone that disagrees with them, the U.S. and the world would be a better place. But they don't do this. It's a one-way street for them. The Left gets to do undo others as they see fit, but hell breaks loose when they are treated as they treat others.

Liberals need division. Liberals need to propagate racism, sexism and any other "ism" you can name. Without them, The Liberals have no issues, no ideology, no party.

The image below is art, too. It is offensive and in bad taste. It's supposed to be, it is reflecting the hideous and odious nature and behavior of the ILCP and the Cultists. It is something they would create if the Pbama daughters were children of Republicans or Conservatives. 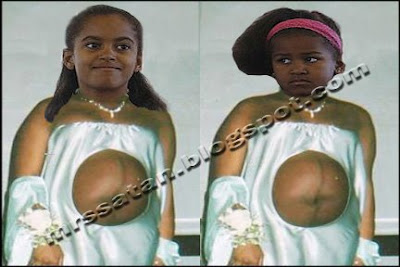 Bad taste. Offensiveness. Welcome to the Internet and the Blogosphere.

Well...except for the sites and blogs written by the ILCP and The Pbama Cultists. They are as pure as the wind-driven snow. They are as objective and fair-minded as can be. They are entitled to reach well below the depths of filth and mud in the gutter under the guise of Free Speech and no one is allowed to protest or question their motives. Hitler and The Nazis would have ruled the world forever had today's Liberals and Progressives been around in the U.S. and Germany.

Comments:
I am surprised your leftist followers arent foaming at the mouth LOL

Really, AFG. Maybe it;s because this post has actual verified facts by their own Racist leaders and there's not much they can say? I bet that's what it is. What can they say or do to refute the above proud Racist Dems? Nothing.

So they have to continue vilifying Sarah Palin. The motives of The Left are so clear, huh??

Can you imagine the sense of entitlement the Obama kids are growing up with?

Where did you find those photoshopped pictures of sarah palin and trig? Just wondering.

Don, entitlements and a whole lot of other freeies and perks because their last name is "Obama."

See the links mentioned in the "H/Tips" (HatTips) notation MoonBattery and Legal Insurrection. They found them on Liberal blogs and sites and I used their versions.