UN Wants Its Own Oil Tax

The UN wants its own oil tax so it can "invest" in Green energy. al-Reuters:

Investments of $750 billion could create a "Green New Deal" to revive the world economy and protect the environment, perhaps aided by a tax on oil, the head of the U.N. environment agency said on Thursday.

"The opportunity must not be lost," Steiner, head of the U.N. Environment Program (UNEP), told Reuters of a UNEP study that will be put to world leaders meeting in London on April 2 to work out how to spur the ailing economy. 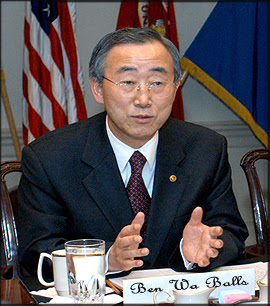 "The opportunity must not be lost..." - sure sounds alot like Rahm "Zionist" Emanuel's line of, "Never allow a crisis to go to waste." Well, Fuck the UN. The most worthless and corrupt organization on earth. Even more corrupt than Pbama and His Fascist Pigs.