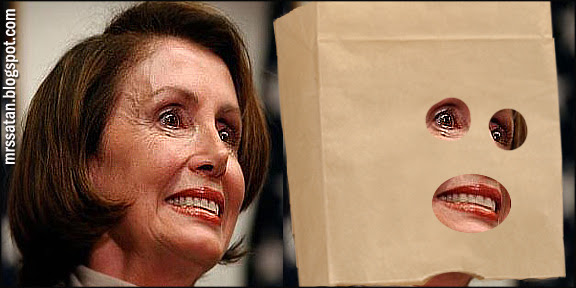 But analysts say the move has been hampered by politicians’ inability to adapt to an online audience.

Other postings, including one by Nancy Pelosi, Speaker of the House, were said to be too eccentric or random to resonate.

In a minute-long video, Mrs Pelosi showed footage of her life behind the scenes in the Capitol Building through the eyes of two pet cats.

Making matters more bizarre, the minute-long film was captured to the strains of Rick Astley’s disco hit, Never Going To Give You Up.

Mr Rasiej said: “The problem for Nancy Pelosi, or anyone who tries to do this, is that you can’t fake authenticity.

“The more you try to make the video authentic, the more inauthentic it becomes. And Nancy Pelosi’s cat video is the perfect example of overdoing it, and watching one’s head disappear in a pool of quicksand.”

In another video, Democrat Tim Ryan promoted the virtues of driving an environmental car by referring to the vehicle as a “chick magnet”.

Pelosi is insane. Botox has rotted her brain.

Here's her..."cat" video. I suggest you partake of some type of herbal hallucinogenic prior to viewing it:

Does she think she's being funny - is she attempting humor - by injecting a Rickroll?

It's passe. It's old. It's a cliche. No wonder Hag Pelosi is just now catching-on to it. Hey, Nanny - if you haven't heard...picture shows now are talkies. What a dumb bitch she is.

Comments:
the video got pulled

Hmm. seems to be working okay.