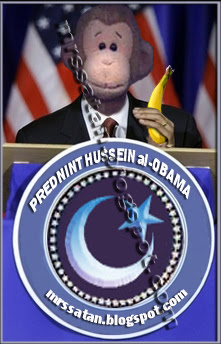 Where are the above indices as of the market close on Tuesday?

There is no shortage of news on FraudyBama!

For the first time since Gallup began tracking Barack Obama's presidential job approval rating on Jan. 21, fewer than 60% of Americans approve of the job he is doing as president. In Feb. 21-23 polling, 59% of Americans give Obama a positive review.

Pbama and his Pbamanomics continue instilling fear into the U.S. and Global Stock Markets:

Confidence among U.S. consumers plunged to a record low this month, signaling spending will slump further as unemployment soars. The Conference Board’s index declined more than forecast to 25 this month, the lowest level since data began in 1967, from a January reading of 37.4, the New York-based research group said today.

The antiwar left...feel betrayed that President Obama is keeping his word about Afghanistan.

Many antiwar activists, including some who supported Mr. Obama, were angered by the [Afghanistan surge], with some saying they had hoped his war stance was "just campaign talk."

"I'm very upset; he promised change, and this is not change. It's just going to create more deaths on both sides and create more terrorists," said Jodie Evans, co-founder of Code Pink.

Barbara Bearden, spokeswoman for Peace Action, said the group "strongly opposes" the addition of troops to Afghanistan and that even though the region demands urgent action, that does not involve a troop increase.

"That's not change," she said.

"What possible purpose can be served by escalating the conflict with another 30,000 troops?" asked one post Jan 30.

The Web site of activist filmmaker Michael Moore, who also worked to elect Mr. Obama, compared the troop surge to the blunders of the Soviet Union, which invaded Afghanistan in 1979 and was forced to withdraw 10 years later. Headlines on Mr. Moore's site include "Now it's [Obama's] war" and "U.S. risks repeating Soviet mistakes in Afghanistan."

I will give credit to the above Liberals who apply the same standards to Pbama as they did Bush. At least they're being consistent, unlike the dutiful, blind, obedient, subservient Jackboot-licking Pbama Cultists who worship and genuflect to The Kenyan-born Pbama.

.
Hell, even Zbigniew Brzezinski, (former National Security Adviser under Worst.President.Ever Jimmy Carter), said in July 2008 he is against increasing troop levels in Afghanistan.

Even AlterNet (hardly Right of Center) acknowledges the Troop surge in Afghanistan will increase the number of Afghanistan civilian deaths.

Comments:
State of the Union? There is no union. Just another boring Nazi rally. What a fucking fraud. Demoscum lying. It's getting old. It's a load of crap. A shitty diaper is of greater value.

Damn you'd fit well in Montreal, Quebec. Their religion is the Montreal Canadian, they breed hockey, they live for hockey.

In fact, they don't even like hockey, they just love "la sainte flanelle" (the habs, our only NHL hockey team in Quebec).

What was the game once again you were watching?

It was a Nazi rally, no different than Invesco Field or the coronation in Denver at the DNC. Yep, you nailed it Molson.

It was the MN Wild and the L.A. Kings. The Kings won in a shootout. The Wild should never have lost the game.