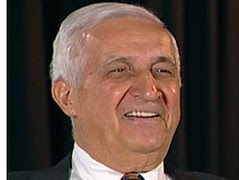 Sid "The Shill" Hartman.
Always ready, willing and eager to do the bidding of
billionaire sports' team owners at the expense of the taxpayers.
Now that tightwad, cheapskate Billionaire Minnesota Twins owner Carl Pohlad is dead, whose limp and wrinkled billionaire cock will Minneapolis Red Star North Korean Tribune sports writer Sid Hartman have to suck?

Those were the days, weren't they Sid, when you'd kneel down in front of Carl's wheelchair, unzip his pants, pull down his Depends and wrap your mouth around whatever was left of Carl's 80-90-year old manhood. Oh, the good old days, eh Sid?

Hey Sid, if Zygi is in a good mood, maybe he'll sit in a wheelchair wearing a Pohlad mask while you give him a BJ. Sid, you can close your eyes and pretend it's Carl. 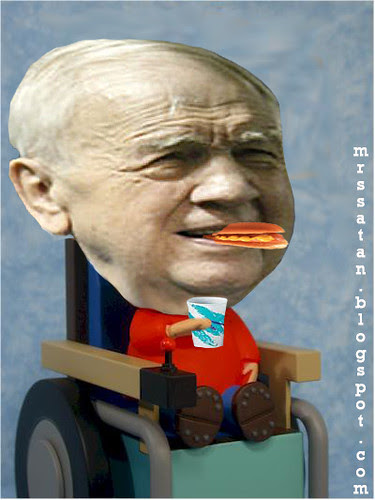 The ViQueens CHOKED and lost last Sunday. Their career four appearances in the Super Bowl resulted in FOUR LOSSES, a testament to their CHOKING! They are famous for choking and losing when The Big Game really counts. Choking is their legacy.

I'm totally against subsidizing billionaire sports owners. And I loathe Sid Hartman with a passion. He's a piece of shit.

Sid Hartman enjoys the taste and texture of Petroleum Jelly.
©2009

Comments:
Sid is a piece of shit. Well stated.

Sid would be tolerable if he'd drop the cheerleading for billionaires. That is my main gripe with him. And he is so cheap, so damn cheap. He still has his bar mitzvah money in the bank earning interest.