From 2 News TV, students on a bus chanting, "Assassinate Obama."

Controversial words spoken by kids on a school bus have some Madison County parents concerned.

Matthew Whoolery and his wife aren't blaming the school district for what happened on the bus but they do think all parents need to be careful about what they say and teach their children.

Whoolery and his wife couldn't believe it when their second and third graders got off the bus last week and told them what other students were saying.

The Whoolery's explained to their kids what assassinate means then contacted the school about what was happening.

"I think the thing that struck us was just like, 'Where did they get the word and why would they put that word and that person together?'" said Whoolery.

It's not that the Whoolery's are big Obama fans they just don't like people joking about a serious matter concerning any leader of the country.

"No question about it," replied Whoolery.

After the incident, the Madison School district superintendent sent an email to all teachers, principals, and bus drivers saying that all students should show proper respect for elected officials.

If a student does say something inappropriate, the adult is to calm them down and tell them the behavior is unacceptable.

"I don't think that the majority of people in Rexburg have extreme ideas like that but we were just surprised that it would go that far," said Whoolery.

The Whoolery's moved to Rexburg a year ago. They came from the Middle East where they lived for three years.

In all their time living there, they never heard any comments similar to these about any leaders there or here. 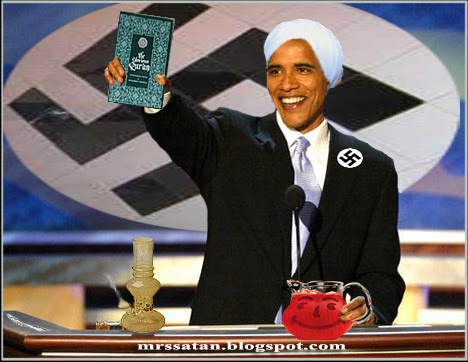 Get a load of some of the comments on the story.

From OverseasCitizen, an obvious Obama Cultist:

The most important part of the story is this: Where did those kids hear that phrase? I doubt they came up with it on their own. I hope the Secret Service interviews the parents of every single child on that bus, because those kids were repeating something they heard someone else say. There's no such thing as "only joking" in this situation; statements such as this are threats against the President-Elect of the United States and must not be tolerated. Plain & simple.

Oh, yeah, blame the parents. The students couldn't possibly have gotten this idea or heard anything like it from anywhere else other than their parents. I wonder if "OverseasCitizen" registered his/her outrage in the same fashion towards "Death Of A President", the movie that presented the assassination of George W. Bush. My guess is a resounding "no."

Some person taught those children the words and they must be exposed and lose there job or be suspended for a long time.

"Taught those children the words...?" What planet is WildWest from? Doe he/she have any idea of the numerous media outlets and venues available to students, not to mention their peers? Hey, WW, ever hear of the internet?

I thought the day of blaming parents for the actions of their children went extinct with the Woolly Mammoth. I thought "society" is the party to blame. Isn't this what Liberals have been telling us for decades?

Well, once Barack Hussein Pbama, Junior is sworn into office as the Prednint, I'm sure one of the first things on his agenda is to shred The First Amendment. This is how despots and dictators operate and rule.

It was actually a chant that was supposed to praising the new Obamessiah, they just got the words mixed up.

I sent a new love song about the Obamessiah to Reverse Vampyr, you should check it out.

Yeah...maybe the Secret Service will question the teachers...yeah, oh yeah, it be their fault!

I'll head over in a few minutes.

Kids say and do stupid stuff. Their chant is only one thing. They're in 2nd and 3rd grade for chirst sake. The Whoolerys are inflating this to epic proportions.

Yeah, EC, I couldn't agree with you more. All this hyperventilating over second and third-graders. When "DEath of a President" came out, no one on the Left said anything critical about it. They're all hypocrites.