Obamalith Afraid Of Traveling To Iraq 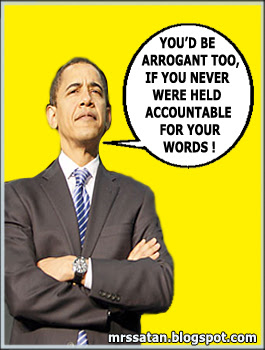 Why won't The Obamalith travel to Iraq, as invited by Republican Senator and Presidential candidate John McCain? FOX News:

John McCain on Wednesday repeated his challenge to Barack Obama to take a ride with him over to Iraq and see the situation on the ground before concluding that U.S. efforts have failed to get the war-torn nation back on track.

Speaking in a town hall meeting in Reno, Nev., the presumptive Republican presidential nominee said he was surprised Obama’s campaign considered it a political stunt when McCain proposed earlier this week that the two travel together to Iraq.

“The security of this nation is more important than any political campaign. To say that we failed in Iraq doesn’t comport with the facts on the ground,” McCain said to applause.

McCain has visited Iraq eight times since the war began. Obama has been to Iraq once, in 2006, before the surge credited with allowing the oil-rich nation a chance to rebuild.

“Barack Obama has only visited Iraq once — and that was 871 days ago,” RNC Chairman Mike Duncan said.

“Obama has done shockingly little to educate himself firsthand about the war in Iraq. Instead, he displays an arrogant certainty gained on the campaign trail. … Obama’s failure to visit Iraq, listen and learn firsthand and witness the surge’s progress demonstrates weak leadership that disqualifies him from being commander in chief.”

But he won't meet with General David Petraeus? He refuses to travel to Iraq?

Memo to Hillary Clinton: If you want to really shame Obama and make him look like the vagina that he is, go to Iraq with John McCain!

Obama - a typical Liberal - is afraid of the truth that Iraq is overwhelmingly improving and this would impede, challenge and disprove what he wants to "believe." He's a chicken. No wonder his candidacy is endorsed by terrorists and terrorists groups. 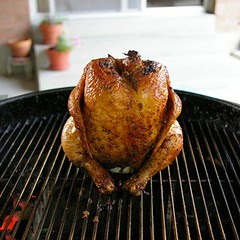 Comments:
Of course Korny is afraid to travel to Iraq. He knows the Iraqis know that he is going to bail on them. Needless to say this makes Korny a very unpopular fellow in Iraq and I suspect that there is more than one Iraqi that would tell him so. Of course Korny can't take criticism of any kind especially to his face. Why? Because Korny is a dripping wet pud that's why.