This is what his critics mean when they call Osama Hussein Obama an "Elitist." This is another example of him treating voters in a condescending manner.

While campaigning in Indiana,
a farmer asked Obama if it was true that he refused to say the Pledge of Allegiance. Chicago Sun Times:

Obama told the man not to believe that internet rumor: "That is bogus. These e-mails been sent around, each state, depending on what state I'm about to go into, suddenly you start seeing this smear campaign. I lead the pledge of allegiance when I'm presiding in the Senate, so you can see it on videotape. I've been saying the pledge since I was 3 years old. If you get these letters from Nigeria saying, 'We've got a lot of money for ya,' don't give 'em your bank account number."

What - - ? Because the the person asking the question is a farmer, Obama needs to caution him not to fall for a Nigerian e-mail scam?

Would Obama have reacted the same if the person asking the question was a student at a college campus? A donor at a San Francisco fundraiser? A fellow churchgoer at his Trinity United Church of Christ?

What we really have here is Obama linking the farmer's question to the Nigerian e-mail scam and receiving laughs from the audience at whose expense? Come on...think hard.

Because a farmer - who in his mind, this is a legitimate issue (and it is) - sincerely asks Obama about something he read on the internet and if it's true, and Obama reacts by denying the accusation and proceeds to lecture the farmer in a patronizing way not to fall for scam Nigerian e-mails asking for his bank account information?

Obama's answer to the farmer is why a large part of the population has correctly decided that he is out of touch. It is why people think he's an arugula and goat-cheese-eating elitist. This is because he is an Elitist. 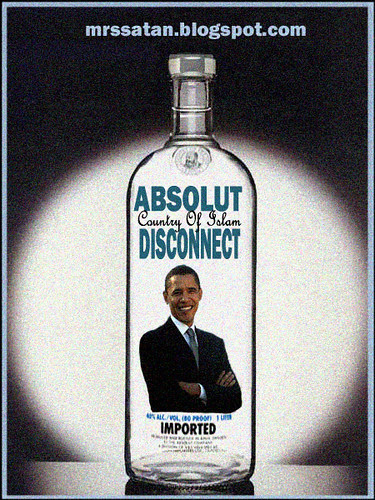 Comments:
I don't farm anymore, but I was raised on a farm and still have many uncles and friends who farm and must say you are really stretching here. Sounds to me like he was talking to a bunch of farmers and they got the joke. To bad you didn't.

No posts in a week? I am assuming that you are depressed because your chosen candidate, Hillary, is about done.

It is uncharacteristically quiet here Dave, I hope all is well my friend.

Hi Jake. Take a look at the video footage on YouTube of Obama telling the farmer not to believe Nigerian emails. Sure seems patronizing to me.

You're one of those objective and tolerant Democrats, aren't ya Jake?

Hi Dane, thanks for checking in and asking. All is OK - just took a break. I think I'll be doing a bit more of that as we roll into summer. Summer is just too short a season here and I wanna enjoy it.

Thanks for inquiring, I appreciate it.