The Obamalith received the sought-after endorsement of the baby-killing NARAL, the group that considers abortion as a reproductive right after the pony squirts in the barn instead of any sexual participant thinking and considering about reproduction before allowing the pony to squirt in the barn.

Well, this endorsement should go over well with the Liberals and Progressives who enjoy using partial birth abortion as a form of birth control.

Oh, those pesky babies. You're pregnant? Why, how did that happen? Gee, sure wish there was some type of device or medicine that could be used before letting the pony in the barn. Oh well, maybe some day science and technology will develop something that can be used to prevent unwanted pregnancies. Until then, Abort Away! 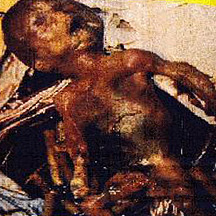