No surprise here that The Sissy is set to endorse The Illinois Muslim.

Campaign spokeswoman Jen Psaki said Edwards will join Obama at his Grand Rapids, Mich., rally where he will announce his endorsement.

The below lyrics are sung to the theme song of "The Courtship of Eddie's Father", as sung by John "The Sissy" Edwards: 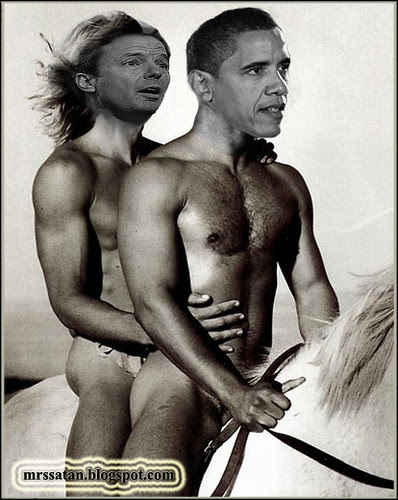 Hey DD you're back! The GD libertards have been running wild in your absence. It sure is nice to see that you still have it in you to deliver a pride obliterating bitch slap to the libertards when it is needed the most.

i love your lyrics set to the courtship of eddies father song. damn near spit soda all over the keyboard on he's my black boy cuddly toy he'll love me in the end line. oh shit. good stuff my man, good stuf!

I was at Micky Dees watching Edwards fall all over himself endorsing Obama. Oh he worked the crowd and all Barack could say was "I forgot how good he was". Duh! He's a frickin ambulance chaser. Of course he's good at speeches. And he didn't even have to try to convert perspective jurors this time, he was strictly preaching to the choir who ate it up.

I guess polls (if you believe in them) pretty much say Obama supporters want Hillary to quit, and Clinton followers want Barack to quit. Some polls even show support for Hilary as an independent. Wouldn't that be SWEET!! There'll be no uniting the Dems if that happens.

Does Barry have beer flavored nipples or something? What's the attraction?

Come on, admit it, The Sissy and The Muslim would make a very handsome gay couple, wouldn't they? ;-)

Thanks for the welcome back.

Love your line of "Marxist POS supporting another Marxist POS."

See, another perfect line from you that would rock and roll if you started a political blog. Dude - you have the touch!

Dane - you make excellent points about Edwards proficiency at speechifying with his backgroud rooted in the courtroom. He's had plenty of experience and years to hone his rhetoric, absolutely.

Oh how I would love for Hillary to run as an indie candidate. That would be just fine with me. I think you too.

Groovy -- "flavored nipples." LMAO! Fantastic. There's a photoshopped image in there - in "flavored nipples" - my slightly twisted mind and subconcious needs to work on it, but there's material to mine there. I'll not forget to Hat Tip you for it!

Thankks to all for commenting and visiting! You're the best!

I knew you hockey fans were somewhat demented, but "very handsome gay couple?" You must be a Canadiens fan.

Oh, you got a typo in your last comment, you left out one "k" in "thankks."

Bwa - the extra "k" in "Thanks". I didn't even notice the error and it took me a few seconds to grasp your humor. Heh! Oh, damn.

My bad in the extra "k" or omitting the third "k". I don't spellcheck when I do comments here or other places.

Two Dogs - your most recent comment is very divisive and does nothing to heal or unite us. Shame, shame on you.
.
.
.
.
.
.
heh! Just messin' with ya.