Why doesn't -- I mean, Ted Kennedy's Poodle's ties to homophobic preachers matter? Surely this would be an issue - we've seen it happen - when homophobia has been tied to Republican politicians.

It was less than a week ago that Gay Wired.com ran its story on Obama's close political relationship with Rev. James T. Meeks. According to the story...

[Meeks] is a "racially divisive public figure [and] stridently homophobic."

The silence from the gay right's groups is deafening when it comes to Obama and Meeks, who according to the Gay Wired story, is one of the "10 leading black religious voices in the anti-gay movement."

No Republican could escape criticism for such a relationship, yet Obama somehow remains uncriticized and unscathed by the same gay right's groups that would vilify any Republican politician for socializing with such homophobic individuals.

Although the number of instances - or lack of them - is not a qualifying factor for any pro-gay right's group to withhold their judgement or criticism, it cannot be said that it is only the Meeks instance that ties Obama to an anti-gay slant.

As recently as October, 2007, Salon.com published an extensive piece about Obama campaigning in South Carolina "with gospel entertainer Donnie McClurkin, a self-proclaimed 'former homosexual' who believes it is his mission to turn gays straight." Salon is no mouthpiece for conservatism or republican political candidates.

Anyone paying half-hearted attention to political hypocrisy knows that any Conservative or Republican - politician or spiritual leader - who claims they are a former homosexual and that they can "turn gays straight" is mercilessly and endlessly ridiculed by the Left and from gay right's groups. Somehow, once again, this bloc is deafeningly silent when it comes to Obama-McClurkin.

...Obama has virtually done somersaults to justify McClurkin's inclusion [in his campaign].

Obama's gay advocates obviously support him regardless of this fumble. But his gay critics are right to ask why he thinks getting homosexuals to sit at the same table with antigay and allegedly "ex-gay" Christians represents some kind of balance.

Obama is against gays and lesbians getting married. He's paired up on the campaign trail with close associates who are homophobic. The only conclusion I can draw from this is that this is a perfectly acceptable position to have as long as one is a Democrat. 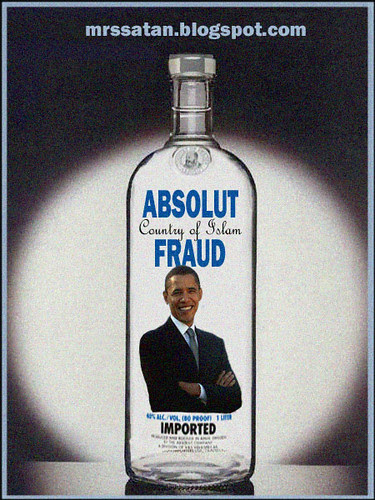 If I'm missing something here, that the Liberals are treating and holding Obama's homophobic antics to a different standard that they would if he was a Republican, by all means enlighten me.

Obama refused an interview with the Philadelphia Gay News. Why won't he grant them an interview? What is he trying to hide?

Who murdered Donald Young, the gay choir master of Obama's Trinity United Church of Christ? What political and personal connections and relationship did he have with Obama?

And an Obama delegate, Linda Ramirez-Sliwinski - a (Hispanic) trustee in the Chicago suburb of Carpentersville - has resigned for calling some black children playing in a tree, "monkeys." AP:

The incident occurred Saturday, when two children were playing in a tree next door to Ramirez-Sliwinski's house.

She said the parents were outside supervising the children, but she went over and told them to get out of the tree because she was concerned about the boys' safety and because the small magnolia tree was being damaged.

The father of one of the boys told her it was none of her business, she told the Chicago Tribune, and "I calmly said the tree is not there for them to be climbing in there like monkeys."

One of the boys told police he was scared by her comment and a mother said she was disturbed [by her comments].

Hey, Liberals...got macaca? Remember your outrage over George Allen using that word...come one Liberals, get your selective memories in gear and recall macaca. Perform you very best double-standards and hypocritical actions. Why, your candidate is the Magic Negro. He can do no wrong, can he? He gets a Free Pass on everything, right? He gets the benefit of the doubt on everything!

Comments:
Absolut Fraud. You got that one right DD. The poodle is a lying sack o shit and yet the stupid leftards (redundant I know) can't get enough of his BS. They keep lapping up the poodle piss and coming back for more. If it wasn't for the absolutely horrendous campaign run by HillBill and crew, the poodle would have been neutered a long time ago. So much for the world's smartest woman. Plus you gotta love that democrap leftard big tent agenda BS. Come one and all except every group in the leftard big tent now hates each other and I thought it was suppose to be the Repubs that were so divided. Nope. It is the leftards that are the true masters of hate, and back stabbing, and in-fighting. Now that George is headed for the pastures, there is no where for the leftard hate to go but inward and I love it. This over the top level of hate started in full with the Clintlers and it now has hyper-infected the entire democrapic party. The leftards brought this upon themselves and I say reap it... Reap it motherfeckers.

I do love the internal fighting going on in the Party of Tolerance! Sounds like you do too! It's funny!

Poodle is the new Teflon candidate. He could kill a baby on live television and drink its blood and receive no criticism from his cult followers.

Glad to hear from you. If you don't check in for a couple days I start worrying about 'ya!