The Ice Age Is Upon Us

In total contradiction to the Global Warming Alarmist Crowd, with their Cult Leader Albert Gore, Junior - the Man Who Would Not Be President - the good olde earth might just be heading into an ice age due to a lack of sun spot activity.

Disconcerting as it may be to true believers in global warming, the average temperature on Earth has remained steady or slowly declined during the past decade, despite the continued increase in the atmospheric concentration of carbon dioxide, and now the global temperature is falling precipitously.

All four agencies that track Earth's temperature (the Hadley Climate Research Unit in Britain, the NASA Goddard Institute for Space Studies in New York, the Christy group at the University of Alabama, and Remote Sensing Systems Inc in California) report that it cooled by about 0.7C in 2007. This is the fastest temperature change in the instrumental record and it puts us back where we were in 1930. If the temperature does not soon recover, we will have to conclude that global warming is over.

There is also plenty of anecdotal evidence that 2007 was exceptionally cold.

The sunspot number follows a cycle of somewhat variable length, averaging 11 years. The most recent minimum was in March last year. The new cycle, No.24, was supposed to start soon after that, with a gradual build-up in sunspot numbers.

It didn't happen. The first sunspot appeared in January this year and lasted only two days. A tiny spot appeared last Monday but vanished within 24 hours. Another little spot appeared this Monday. Pray that there will be many more, and soon.

The reason this matters is that there is a close correlation between variations in the sunspot cycle and Earth's climate. The previous time a cycle was delayed like this was in the Dalton Minimum, an especially cold period that lasted several decades from 1790.

Northern winters became ferocious: in particular, the rout of Napoleon's Grand Army during the retreat from Moscow in 1812 was at least partly due to the lack of sunspots.

That the rapid temperature decline in 2007 coincided with the failure of cycle No.24 to begin on schedule is not proof of a causal connection but it is cause for concern.

It is time to put aside the global warming dogma, at least to begin contingency planning about what to do if we are moving into another little ice age, similar to the one that lasted from 1100 to 1850.

All those urging action to curb global warming need to take off the blinkers and give some thought to what we should do if we are facing global cooling instead.

It will be difficult for people to face the truth when their reputations, careers, government grants or hopes for social change depend on global warming, but the fate of civilisation may be at stake.

In the famous words of Oliver Cromwell, "I beseech you, in the bowels of Christ, think it possible you may be mistaken." 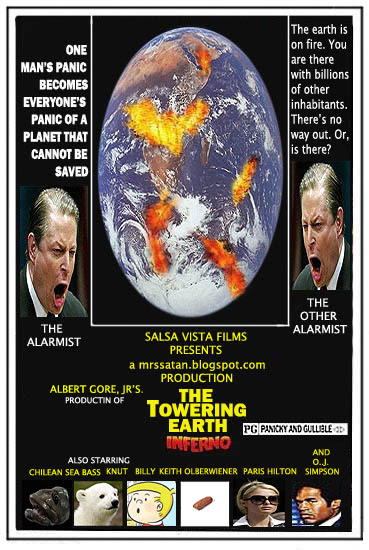