I see Clearway Minnesota - one of the many organizations that receives its funding from...the tobacco company lawsuits (isn't that ironic?) - stopped by to visit me the other day: 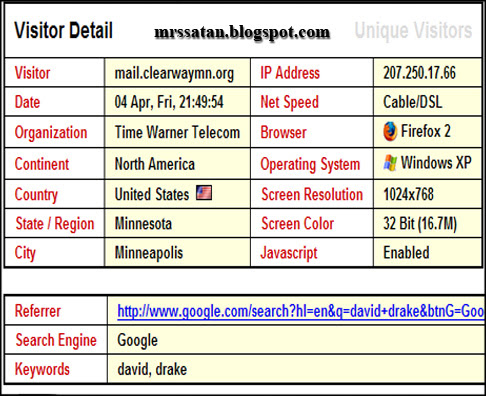 As predicted, more and more people are losing their jobs because of Minnesota's draconian No-Smoking ban. Bingo halls have lost their customer base and charitable gambling receipts are down, way down, due to the Anti-Smoking Nazis.

Now...who could have predicted or imagined that businesses would close and people would be losing their jobs because the No Smoking Nazis pushed through their zealotry? Whew, that's a tough one!

The Sunday St. Paul Pioneer Press - aka Twincities.com reports that Bingo's Number Is Up:

The latest causality [of the statewide smoking ban] is the Cottage Grove bingo hall, which will close for good.

"Our players are smokers, and there is a large percentage of them that we have not seen since the ban," [said Mary Perren, gambling and bingo hall manager for the Cottage Grove Athletic Association].

Across the metro area, bingo hall managers say they are seeing a drop in revenue or have closed because of the smoking ban.

The story lists some of the bingo halls that have been forced to close, for no other reason, than the smoking ban:

* Bingo Plus in the city of Inver Grove Heights closed;

The City of Roseville Bingo Hall, which fund-raises for youth hockey, has seen its attendance drop by 32 percent since the no-smoking ban.

Pull tabs and other charitable gambling organizations say their customer base and fundraising receipts have declined significantly, all directly due to the No-Smoking ban. 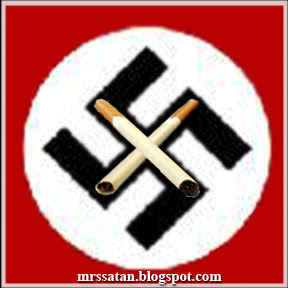 All of this, as the story says, spells trouble for communities and organizations that rely on charitable gambling. But then, the Militant No-Smoking Nazis don't care about charitable gambling or anything else. The only thing they care about is their little crusade of meddling and interfering in peoples' lives and a legal product.

In past columns, I've made the point that the Militant No-Smoking Nazis claimed if only they didn't have to breathe second-hand smoke they would go out on the town and patronize bars, taverns and restaurants. It's obvious that the No-Smoking Nazis lied because they are not bellying up to the bar.

It is also unmistakeably obvious that the No-Smoking Nazis aren't going out playing bingo for charitable causes either. This is because the No-Smoking Nazis are the cheapest, most miserly little gang of goose-stepping Fascists the world has ever seen. By comparison, they make Hitlerian oppression seem lightweight and facile. They make Mao, Stalin and Pol Pot seem like benevolent, affable and misguidedly good-natured.

Clearway Minnesota is one of the Militant No-Smoking Nazi organizations. They've been running this trite little advertisement in local newspapers claiming that the health of service industry workers is better because they no longer have to work in smoke-filled environments.

Actually, I suspect the reason that these service workers may be experiencing better health is because they are unemployed. See, they no longer have a job; their former employer - VFWs, bars, night clubs, taverns, restaurants and now Bingo halls - forced to close their doors due to a lack of customers all directly due to the tyrannical actions and tactics of the Militant No-Smoking Nazis.

Now we can add charitable gambling and bingo halls to the long list of vacant buildings that were once occupied by businesses that provided jobs to people and that paid taxes.

Where is this state legislator? I will campaign for him or her and support such a bill and so will many others, way more people than those that comprise the tiny cult of Militant No-Smoking Nazis.

14 closed the year before the bans, 186 after the bans........but remember, "....smoking bans are good for business..." As long as your business is promoting smoking bans and manufacturing Nicoderm.

Thank you, Marcus, for those stats! Very much appreciated!

Keep up the great work on your blog, too!

personally I like the smoking ban. My local bingo hall was affected for a short while but once the residents got used to the fact the ban was here to stay, they soon got bored of watching tv at home and came back. only difference is they ave to go outside for a smoke and i come home from bingo smelling the same way I went.

Thank you for validating what I've said all along. That militant non-smoking nazi's concern isn't their false claim that second hand smoke is a health hazard. It isn't.

Besides, Bingo is gambling, and gambling is bad. It leads to destructive lifestyles and wreck lives. You should be ashamed to promote and engage in such wreckless and endangering behavior. You're not setting a very good example for the youths.

Yes. The nazi's even use the smell argument in TV ads. " My boyfriends breath smells like smoke so we broke up".

So, following that logic, we have to ban curry, tuna and a whole host of smelly things.

We were recently at an outdoor venue enjoying our day with a bottle of wine, a nice cheese and fruit plate and a small cigar. A family of five sat right next to us even though there were about 15 other tables they could have taken. Immediately the kids started that fake coughing BS the nazi's teach their kids. Mind you, all 3 kids were obese and slamming down soda pop, burgers and fries.

My brother in law is an Army Ranger and he asked several times for them to knock it off, move or just plain go away as they were being very obnoxious.

Finally they opened their yaps again and by then he'd had enough. He 'fake coughed' food on one of the little nazi's. Dad went to get up and do something, mommy nazi started yapping away, and if not for the doctor who owned the venue and knew us, all 5 of those nazi's would still be in the hospital. Ya don't mess with a ranger!

We, the 40 million plus have to organize. The nazi's won't even allow smoking in PRIVATE clubs in many states which is plain BS to the max. A private club. C'mon!!!!

November is coming. Find out which presidential candidate is least likely to be a smoke nazi, and put all of our votes behind him.

In the meantime, buy some dead skunk perfume and wear it everywhere you go.

The no-smoking Nazis will stop at nothing. They are indeed a most devious and fact-bending group.

I agree it is insanity to ban smoking in a private club. The Nazis are insane.

Check out the heartland institutes report on how the no-smoking nazi's have COMPLETELY LIED AND GREATLY EXAGGERATED the effects of second-hand smoke.

I don't have the link handy, but if you click on the label No Smoking, glance thru my other posts on the same subject and I have linked to the Heartland study a couple of times. It is an amazing eye-opener in how harmless second-hand smoke really is, and how the non-smokers have made it out to be far more dangerous and serious than it really is.

My apologies for the delay in publishing and responding to your comment. Thank you for visiting.

Most people have played bingo at least once in their lives you should also try it .

I HAVE played bingo in bingo halls. I like it. My parents would take me to bingo halls in the days when people could smoke in them. I've done the same as an adult. I just think the bingo halls have a private property right to decide whether to allow smoking or not. It's their decision, not the no-smoking Nazis who, incidentally, are not going out to play bingo, thus, the clousre of the halls. This is what the No-Smoking Nazis want. It was never about them playing bingo.

You have a choice of where to smoke. I have to breathe no matter where I am. So smoking 40 feet from an entrance to a building like it is on Ohio and no smoking in any public building is wonderful.

You should live inside a plastic bubble and never step outside of it.

I've been hospitalized after being around cigarette smoke several times. That's bullshit. I don't believe you at all.