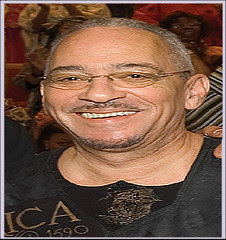 More divisive and inflammatory words from Rev. Jeremiah Wright, the pastor and spiritual leader of

Wright's statements just keep popping up and up. No doubt if he were the pastor and spiritual leader of any Republican politician, it's safe to say that that politician would see his or her career come to an abrupt and screeching halt.

Wright lashed out not only at Italians, but he said America is run by "white supremacists." CNN (that would be not FOX News for you Obamaniacs):

Rev. Jeremiah Wright, also came under fire this week when reports surfaced that he had written an article for Trumpet Magazine, run by his daughters, in which he said that “white supremacy is clearly in charge in America.” The article also quotes him referring to Italians’ “garlic noses,” and characterizing Jesus’ crucifixion as “a public lynching, Italian-style.”

More on those "garlic-nosed Italians" from Crosswalk:

"(Jesus') enemies had their opinion about Him," Wright wrote in a eulogy of the late scholar Asa Hilliard in the November/December 2007 issue. "The Italians for the most part looked down their garlic noses at the Galileans.

I don't think Tony Soprano would take too kindly to Wright's words or his writing.

In other controversial Obama news (this just keeps getting better and better, doesn't it?)... 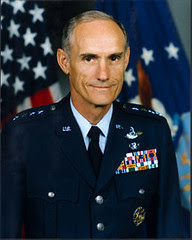 General Merrill "Tony" McPeak, a former chief of staff in the United States Air Force who is a candidate for secretary of defense in a potential Obama administration, claimed that efforts to bring peace between Israel and the Palestinian Authority failed because there is no US-written "playbook" to create peace.

An interviewer asked General McPeak "So where's the problem? State? White House?" McPeak pulled no punches. "(The problem rests in) New York City. Miami. We have a large vote here in favor of Israel. And no politician wants to run against it…nobody wants to take on that problem. It's just too tough politically. So that means we can't . . . you can't develop a Middle East strategy. It's impossible," he said. 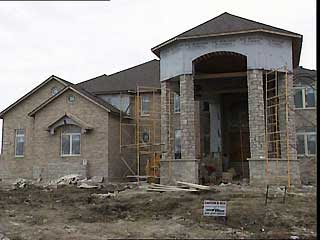 Finally, it appears Wright will be well-taken care of in his retirement. FOX News is reporting having uncovered documents that Wright is building a dream mansion of a home. (And yes, this would be FOX News for you Obamaniacs):

A two-week FOX News investigation, however, has uncovered where Wright will be spending a good deal of his time in retirement, and it is a far cry from the impoverished Chicago streets where the preacher led his ministry for 36 years.

FOX News has uncovered documents that indicate Wright is about to move to a 10,340-square-foot, four-bedroom home in suburban Chicago, currently under construction in a gated community.

While it is not uncommon for an accomplished clergyman to live in luxury, Wright’s retirement residence is raising some questions.

Documents show Wright sold the property to his church, Trinity United, in December 2006, with the proceeds going to a living trust shared with his wife, Ramah.

Public records of the sale show Trinity initially obtained a $10 million bank loan to purchase the property and build a new house on the land.

But further investigation with tax and real estate attorneys showed that the church had actually secured a $1.6 million mortgage for the home purchase, and attached a $10 million line of credit, for reasons unspecified in the paperwork.

Because churches are classified as private businesses, Trinity isn’t required to reveal its intended use for the line of credit. Nor, because it’s a non-profit entity, is it required to provide that information to the IRS.

Wright did not respond to repeated calls for comment, and Trinity United refused to discuss the specifics of the home it is building for him and the way the deal was financed.

The only people who don't know and don't realize that Obama is political toast are his blind followers. Obama is their cult leader, not much different from the likes of David Koresh of the Branch Davidians or Marshall Herff Applewhite of Hale Bopp fame.

Comments:
You need this: http://thehill.com/campaign-2008/puerto-rico-governor-obama-supporter-indicted-2008-03-27.html

Who knew hate could be so profitable? Maybe I should do some hating of my own. I mean given the state of my finances I'm clearly falling behind in the hate department. I wonder where I can go to brush up on those critical hater skills? Hmmmm. I know. I bet I can ask the poodle. After all, he is the "Candidate of Hate"... or was that hope? Anyhooo. At least I gots the inspiration.

Keep drinking the Kool aid. You have a really weird sense of humor.

Thanks Two Dogs. I only heard a little bit the other day about the PR Gov issue with Obama. I'll check out those links. Appreciate it.

Molson - Let's start a tax-exempt church...The Church of Hate. Or we can just call it for what it is, The Liberal Place Of Worship.

Welcome Dr. John. I'm glad you recognize - at least I think you do - dark humor when you see it.

Are you a real Doctor? Can you write me a prescription for medicinal marijuana? I would prefer a "Chronic" blend. Please let me know. Thanks.

Here is even more info about it...The question becomes one of judgment, character, integrity, honesty and intelligence.

Read the rest of this article here...
http://777denny.wordpress.com/2008/03/28/barack-obama-reverend-wright-trinity-united-church-of-christ-and-hamas/

Thank you for the kind words Denny.

I agree with everything you wrote above.

Where I'm at now is trying to decide which will be less painful. One term of Obama or two terms of Hillary.

Much depends on who McCain picks as his VP, note my column 2 posts above.

Am working on a piece about which will be less painful, 4 years of Obama which will be the same as Jimmy Carter's one term. I can bite the bullet and take that.

But 8 years of Hillary? Oh, god no! And yet we have The Pilonidal Cyst out there encouraging Repubs to vote for her in the upcoming primaries and caucuses. I'm beginning to think the Pilonidal Cyst is a Clinton operative, and I'm not kidding.