The National Organization of Old, Double Chinned Hags - excuse me - how could I be so insensitive.

From All Headline News:

"Sen. Kennedy's endorsement of Hillary Clinton's opponent in the Democratic presidential primary campaign has really hit women hard," Marcia Pappas, NOW-NY's president, said on Monday. "Women have forgiven Kennedy, stuck up for him, stood by him, hushed the fact that he was late in his support of Title IX, the ERA, the Family Leave and Medical Act to name a few. And now the greatest betrayal! We are repaid with his abandonment!"

It's funny when Liberals get all bent out of shape over fellow Liberals!

Fat Drunken Ted Kennedy has spent his lifetime cheating on his wives (didn't his first wife say that his behavior is what drove her to alcoholism?) and viewing women as nothing but sexual objects. For this, Kennedy received no criticism from NOW at all. Ted lets a woman drown and again, NOW remains silent. All of a sudden the drunk from Massachusetts endorses a man, and NOW gets their saggy, hairy milk bags all in a bundle.

We all can recall the silence from NOW during all the sexual accusations from a myriad of women directed at Bill Clinton when he was in the White House, can't we? Why, NOW used to say that even the allegation of sexual harassment must be taken seriously. Did NOW support the claims of the women who said they were sexually harassed by Clinton? No, NOW was as silent as a church mouse.

NOW is obsolete, rendered insignificant, and has been since the Clinton era. 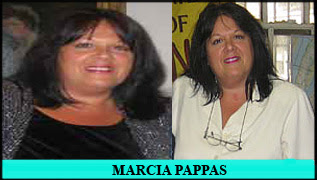 Sorry, Marcia - it's not always about your vagina.
Go eat another dozen cupcakes and you'll feel...well, a little bit better.