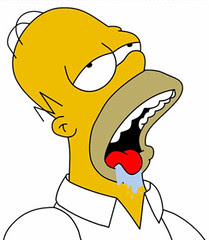 The dining fad of eating sushi off a woman or man naked except for some strategically placed banana leaves and flowers started in Japan.

It has swept through Europe, New York, Chicago and Los Angeles. Now it's coming to the Twin Cities, in blustery March.

Thom Pham has scheduled a naked sushi night at Temple, his downtown Minneapolis restaurant, on March 8.

He says he's hired eight models for the night, six women and two men. He says they have to be completely hairless with perfect skin for the event.

He's booked more models than he needs, just in case one of them gets a pimple.

Eating raw fish? Something is so inherently wrong with that I can't begin to put it into words.

I won't even drink out of the same cup that a family member has used.

Eating food off of a naked person? Yeah...we don't have quite enough Ecoli, botulism and other assorted illnesses and problems with food purity. We need to eat food off naked people?

Reddi Wip sure; sushi...I'll pass, thank you very much.