I've never understood why so many people, especially the Hardcore Lefties, are so enamored with the Kennedy family; a family of criminals, bootleggers, adulterers, wife-abusers and drunkards. 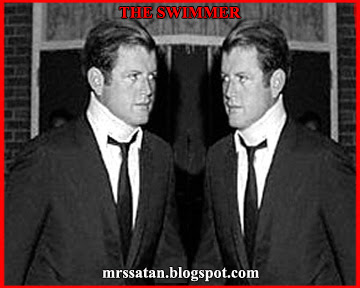 Happy birthday, fat man. You enjoy yet one more birthday that Mary Jo Kopechne will not celebrate. She won't be able to celebrate her birthday because you left her to die.

The below is From Wikipedia, (footnote items from the story itself):

On July 18, 1969, Ted Kennedy attended a party on Chappaquiddick, a small island adjoining Martha's Vineyard and connected to it via a ferry. The party was a reunion for a group of six women, known as the "boiler-room girls"[1] who had served in his brother Robert's 1968 presidential campaign.

According to the testimony of the surviving party-goers, Kennedy left the party at around 11:15 or 11:30, and party guest Mary Jo Kopechne asked for a ride back to her hotel.[4] Kennedy drove his mother's 1967 Oldsmobile Delmont 88. (Even though Kennedy's chauffeur was present at the party, Kennedy claimed to have driven alone with Kopechne). A deputy sheriff would testify that he saw Kennedy's car on Dyke Road at 12:40 am, and that the driver sped off when he approached it.[5] According to Kennedy, he made a wrong turn onto an unlit dirt road that led to Dike Bridge (also spelled Dyke Bridge), a wooden bridge angled obliquely to the road with no guardrail, and drove over its side. The car plunged into tide-swept Poucha Pond (at that location a channel) and came to rest upside down underwater.

Kennedy later recalled that he was able to swim free of the vehicle, but Kopechne was not. Kennedy claimed at the inquest that he called Kopechne's name several times from the shore, then tried to swim down to reach her seven or eight times, then rested on the bank for several minutes before returning on foot to the Lawrence Cottage, where the party attended by Kopechne and other "Boiler Room Girls" had occurred. According to one commentator, his route back to the cottage would have taken him past four houses from where he could have telephoned and summoned help: however he did not do so.[6]

Perhaps Ted tried to rescue her, only he knows the truth about that, but why would anyone believe him? I wouldn't and I don't.

Why would he bypass four houses where he could have sought help? Because he wanted her to die?

Later that night, Ted would return to his hotel room getting a good night's rest except for complaining to the hotel owner - at 2:55 AM - that he was awakened by a noisy party. That's a rich detail, isn't it - that a Kennedy would complain about a noisy party?

It was two fisherman who saw the overturned car and reported it to the police.

Earlier that morning, two fishermen saw the overturned car in the water and called the police.[13] A diver was sent down and discovered Kopechne's body.[13] The diver, John Farrar, would later testify at the inquest that Kopechne's body was pressed up in the car in the spot where an air bubble would have formed. He interpreted this to mean that Kopechne had survived for a while after the initial accident in the air bubble, and concluded that,

“Had I received a call within five to ten minutes of the accident occurring, and was able, as I was the following morning, to be at the victim's side within twenty-five minutes of receiving the call, in such event there is a strong possibility that she would have been alive on removal from the submerged car.[5]"

Police checked the car's license plate and saw that it was registered to Kennedy.

It was not until the next day that Kennedy even spoke to the police about what happened. Nice guy, huh?

Once the story became public, Kennedy offered the following explanation:

It is perplexing, to say the least, that those "jumbles of emotions - grief, fear, doubt, exhaustion, panic, confusion and shock," allowed him to make conscious choices in his judgment to bypass four houses that may have provided help, to not report what happened to the police the moment it happened, to return to his hotel room for the night, to complain about a noisy party, to meet with his advisors the next morning and to find time to procure and wear a neck brace in order to generate sympathy and compassion for himself - only for himself.

It is not beyond the realm of imagination, according to experts who studied what happened in the early hours of July 19, that Miss Kopechne may have spent up to four agonizing and tormenting hours with her mouth pressed against a tiny air pocket, desperately trying to stay alive, waiting for help and to be rescued.

The following illustration depicts what it was like being in that overturned car. (I am not able to recall where I found this image, thus it is lacking proper attribution) :

Ted Kennedy got away with murder; at the very least manslaughter. He paid no judicial price and suffered from no legal repercussions.

The inquest into Kopechne's death took place in Edgartown in January 1970. At the request of Kennedy's lawyers, the Massachusetts Supreme Judicial Court ordered that it be conducted in secret.[18][19]

Judge James A. Boyle presided at the inquest. Among Judge Boyle's conclusions were the following:

Judge Boyle also said that "negligent driving appears to have contributed to the death of Mary Jo Kopechne".[19]

Under Massachusetts law Boyle could have ordered Kennedy's arrest, but he chose not to do so.[19] District Attorney [Edmund] Dinis chose not to pursue Kennedy for manslaughter, despite Judge Boyle's conclusions.

What dirt did the Kennedy's have on Dinis to blackmail him into not pursuing the manslaughter charges? We will never know.

This isn't the only reason I hold the Kennedy family in such contempt.

Joseph P. Kennedy - the old man - was an anti-Semite and Nazi sympathizer during World War II. There is overwhelming evidence that he insisted his mentally retarded daughter, Rosemary, undergo a lobotomy. In the book The Last Brother, by Joe McGinniss, the author writes: "There are dark hints that Joseph may have had an incestuous relationship with her."

John F. Kennedy, Robert F. Kennedy, Ted Kennedy and virtually any other Kennedy male treat their wives like dirt, having one extramarital affair after another. Yet they are held to such high esteem by those who advocate for women's rights.

As U.S. Attorney General, it was Robert F. Kennedy who ordered and authorized the illegal wiretapping and surveillance of Rev. Martin Luther King, Jr. You will never hear this mentioned by the Left.

Joseph P. Kennedy II, son of Robert and Ethel, is the driver in a car accident that leaves one passenger, Pam Kelley, permanently paralyzed. You don't suppose he was driving under the influence of alcohol or drugs, do you?

The Kennedy Family is not, and never has been, "Camelot." This family is the bane of American politics and American society. They have caused nothing but pain and sorrow to our country and to anyone who becomes involved with them.

I cannot understand or even begin to comprehend why or how anyone looks up to the Kennedy family or why they would be admired. They are a family of brutal thugs who care only about themselves and who will do anything to anyone to avoid spending time behind bars. 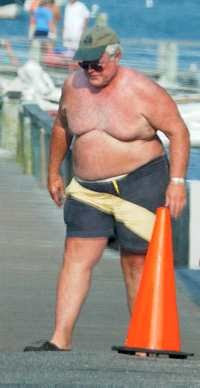 So happy birthday, Ted. Drink up, get drunk, dull your senses, dull your mind, dull your feelings. It's no surprise you've spent your life inside a bottle of booze. Anyone who committed the unforgivable and self-serving acts as you did on July 19 would want to forget and erase the pain and suffering that you inflicted on another human being and their family.

Happy birthday Ted. Try not to kill anyone or allow them to die today, or any other day. You've been there, done that.

Additional informational sources used in the above:

History News Network: Joseph Kennedy And The Jews By Edward Renehan, Jr.
The Atlantic.com: The FBI And Martin Luther King
The Straight Dope: What is the true source of the Kennedy family wealth?
FatBoy.cc: The Official Fatboy Ted Site
Wikipedia: Ted Kennedy
Wikipedia: The Chappaquiddick Incident
Wikipedia: The Kennedy Curse

Thank you Butch. We both know the routine - if the Kennedy's had been Republicans, their influence into the American political scene would be very different and portrayed by the MSM entirely different.

Was that a photo of a manatee I just saw?

Molson - heh! I guessing manatees might be just a bit smaller and weigh a ton or two less than Fat Teddy!

The Kennedys advocated for Civil Rights. Affordable housing and health care are the staples of Uncle Ted's lifetime of service. If those things matter to you, you would hold them in high esteem, too.

The only reason the Kennedy's advoated for Civil Rights is out of their personal guilt complex over the issue in the first place.

Did you know the Kennedy's keep their family wealth in offshore accounts to avoid much of the tax burden? Don't believe me, look it up, it's true! You can confirm this on your own.

I don't hold the Kennedy's in high esteem. I hold them in contempt and disdain, a blight on the political system.

Dave, of which are you more proud: your bias or your ignorance?