John "The Sissy" Edwards Out Of The Race 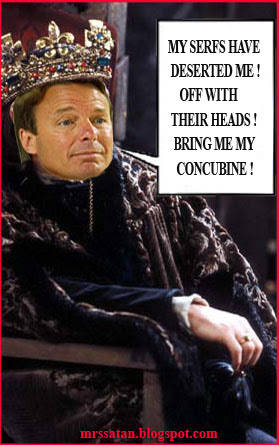 John The Sissy Edwards has abandoned his quest to end "two Americas" and has dropped out of the presidential race.

Democrat John Edwards has left the race for the White House - without backing any of his rivals - after failing to win a single party nomination contest.

Mr Edwards, 54, announced the end to his second White House bid on a visit to New Orleans.

Quite amusing since less than two days ago he was in Minnesota rallying his Sissy supporters. MPR:

Edwards told a crowd of Minnesota supporters last night that he'll continue to work for the poor and middle class if they go out and caucus for him next Tuesday. Edwards brought his populist message to a St. Paul union hall, hoping to convince enough Democrats in Minnesota to choose him over the other candidates in the race.

What a quick little Flip Flopper King John is, huh? Monday night he's asking for supporters to caucus for him. Then less than 48 hours later he quits. What a she-man.

One thing is sure about Edwards though, he will return to living inside his precious plush little bottle exploiting those he represents for no other reason than his own personal enrichment. 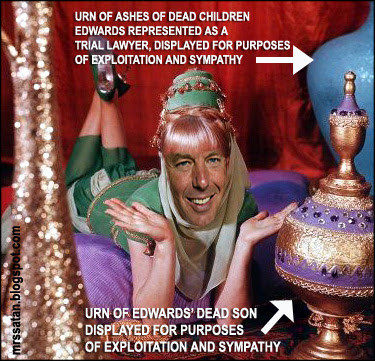 Comments:
"The Castle Aaaarrrggghhhh. Our quest is at an end."

No doubt he banked at least $10 Million in matching funds. Creep!

"I'm John The Sissy Edwards, and the urn and ashes of my dead son and dead clients that I represented approve this message."