Everyone - except the Insane Liberal Clown Posse - owes a debt of gratitude to Judicial Watch.

They have some scoop on MrsSatan. And none of it is kind or flattering (yeah, like we would expect such things about the She Devil).

Among the highlights of the documents released by Judicial Watch:

• A June 18, 1993 internal Memorandum entitled, “A Critique of Our Plan,” authored by someone with the initials “P.S.,” makes the startling admission that critics of Hillary’s health care reform plan were correct: “I can think of parallels in wartime, but I have trouble coming up with a precedent in our peacetime history for such broad and centralized control over a sector of the economy…Is the public really ready for this?... none of us knows whether we can make it work well or at all…”

• A “Confidential” May 26, 1993 Memorandum from Senator Jay Rockefeller (D-WV) to Hillary Clinton entitled, “Health Care Reform Communications,” which criticizes the Task Force as a “secret cabal of Washington policy ‘wonks’” that has engaged in “choking off information” from the public regarding health care reform. The memorandum suggests that Hillary Clinton “use classic opposition research” to attack those who were excluded by the Clinton Administration from Task Force deliberations and to “expose lifestyles, tactics and motives of lobbyists” in order to deflect criticism. Senator Rockefeller also suggested news organizations “are anxious and willing to receive guidance [from the Clinton Administration] on how to time and shape their [news] coverage.”

• A February 5, 1993 Draft Memorandum from Alexis Herman and Mike Lux detailing the Office of Public Liaison’s plan for the health care reform campaign. The memorandum notes the development of an “interest group data base” detailing whether or not organizations “support(ed) us in the election.” The database would also track personal information about interest group leaders, such as their home phone numbers, addresses, “biographies, analysis of credibility in the media, and known relationships with Congresspeople.”

These records released by Judicial Watch were obtained from the approximately 13,000 records made publicly available by the Clinton Library. The National Archives admits there may be an additional 3,022,030 textual records, 2,884 pages of electronic records, 1,021 photographs, 3 videotapes and 3 audiotapes related to the Task Force that are being withheld indefinitely from the public. On November 2, 2007 Judicial Watch filed a lawsuit with the U.S. District Court for the District of Columbia against the National Archives to force the release of all the Task Force records.

“These documents paint a disturbing picture of how Hillary Clinton and the Clinton administration approached health care reform – secrecy, smears, and the misuse of government computers to track private and political information on citizens,” said Judicial Watch President Tom Fitton. “There are millions more documents that the Library has yet to release. The Clintons continue to play games and pretend they have nothing to do with this delay. The Clintons should get out of the way and authorize the release of these records now.”

A database containing the names of people who supported or did not support the Clintons? Not only is this far beyond what critics called Richard Nixon's enemies list, this is a Liberal's Big Brother database, one the Liberals - if it were a Republican doing the same - would label as SPYING! Oh how the Left would scream if a Republican proposed a database like this. Said Republican would be driven from political office faster than you can say "It Takes A Village."

The central point of offensiveness is of course the item in the first bullet-point, nationalizing the healthcare industry. This is something that gives Socialists wet dreams. Never mind that whomever "p.s." is - someone close to the issue - admitting that they know if HillaryCare will work or not. Typical Liberal mentality, go ahead - do "X" - we have no idea if it will work or not, or how much it will cost, just do it and we'll find out later. This is how the Militant Left operates all the time on every issue.

Few Liberals will criticize anything discovered by Judicial Watch. But it would be an entirely different political tactic from the Left had these things been discovered about a Republican.

There shouldn't be any question why the Clintons are hiding their past and do not want full disclosure of their wicked, wicked ways. Their past shows who they truly are. 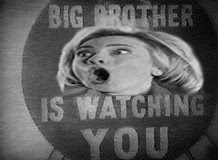 Could be! Very insightful "take" on who it is, Mrs. Nesbitt.