Kookcinich sure demonstrates behavior that is both political and presidential, doesn't he? He'd make a great president who, when confronted with a real problem, would drop to the carpet in the Oval Office and throw a hissy fit; the kind where he would spin himself around in a circle propelled by his foot fueling his spiralling tantrum.

I think this is why the Kook Fringe Left loves him so much. He's just as big a crybaby - if not bigger - than they are.

The Kookster has forked over $27,000 for a recount in New Hampshire. WBZ-TV:

Democrat Dennis Kucinich has paid $27,000 to Gardner's office to start the re-count. Election officials tell WBZ-TV that the recount could take up to a month.

He also noted the difference between Kucinich, who received less than 2 percent of the vote, says he is suspicious of the results, although he doesn't expect a re-count to change his vote count much. Kucinich alluded to online reports alleging disparities around the state between hand-counted ballots, which tended to favor Sen. Barack Obama, and machine-counted ones that tended to favor Sen. Hillary Rodhampre-election polls, which indicated Obama would win, and Clinton's triumph by a 39 percent to 37 percent margin.

Kucinich has asked that the re-count start with Manchester ballots and spread out from there to other Hillsborough County precincts. He can stop the re-count and get a refund for the balance of the costs. To re-count the entire state would cost him about $70,000.

Wouldn't it be hil-frekkin-larious if, after the recount, the UFO Man received even less votes than he did originally? 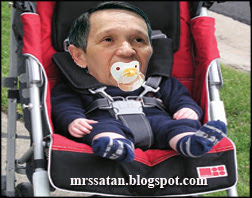