The commander of the B-29 plane that dropped the first atomic bomb, on Hiroshima in Japan, has died.

The five-ton "Little Boy" bomb was dropped on the morning of 6 August 1945, killing about 140,000 Japanese, with many more dying later.

On the 60th anniversary of the bombing, the three surviving crew members of the Enola Gay - named after Tibbet's mother - said they had "no regrets".

The bombing of Hiroshima marked the beginning of the end of the war in the Pacific.

On the 60th anniversary of Hiroshima, the surviving members of the Enola Gay crew - Gen Tibbets, Theodore J "Dutch" Van Kirk (the navigator) and Morris R Jeppson (weapon test officer) said: "The use of the atomic weapon was a necessary moment in history. We have no regrets".

Tibbets, Van Kirk and Jeppson have no reason to have any regrets, not a one. There's no telling how many more American lives would have been lost had Hiroshima and Nagasaki not been bombed.

Today's pacifist and "no war ever" crowd fail to understand and grasp that had Tibbets not done what he did, we likely would have been speaking a mixture of both German and Japanese today, living in a Socialist nightmare, one which today's Socialists would hypothetically prefer, but in reality would be the typical whining crybabies - objecting to an oppressive government (that would drag them off and shoot them) - that identifies them so very well.

The National Ledger has the best analysis of Tibbets, World War II and the bombing of Japan that I've run across. It should be required reading for everyone, especially history students of all ages. Some excerpts:

Most people under the age of 60 don’t recognize the name Paul Tibbets and are unaware of his pivotal role in history. Tibbets, who died Nov. 1 at age 92, changed the course of the 20th century and helped shape today’s world.

From the vantage point of that safety net, many second guess and even condemn the work of earlier generations. Yet it’s important to remember that they were confronted with the twin horrors of the Great Depression and the Second World War. Instead of being crushed by these daunting challenges, the men and women of that time emerged stronger and more determined than ever to build a better life for themselves and their families.

They weren’t perfect and never claimed to be. But millions of them worked hard, pursued what was right and left a lasting legacy for their children, grandchildren and great-grandchildren.

From their well-fed, well-educated perch it’s easy for subsequent generations to pass judgment on the decisions made in the heat of war. The value of hindsight in our modern world affords us luxuries not available to policymakers back then. The Allies were grappling with a worldwide conflict that had dragged on for years and cost millions of lives. And in August 1945, more months, perhaps years of bloodshed, were still a distinct possibility as generals considered invading Japan.

Revisionists, sometimes with a hint of moral superiority, preach about the savagery of the bomb. They repeatedly speculate that the war could have ended without using such brutal force. In early 1945, much evidence demonstrated otherwise. Fierce fighting and heavy casualties on Okinawa and Iwo Jima showed the resilience of the Japanese forces. All indications were that conquering the Japanese would be a fight to the death, city by city, neighborhood by neighborhood, house by house.

And so the atomic bomb, and a second, dropped on Japan. Tibbets was known by some as “the man who ended the war.” Many agree that his action helped to save hundreds of thousands of American and Japanese lives as no invasion was needed.

It was a tough choice, but Tibbets didn’t duck the responsibility. Instead, he followed orders and completed his work with precision and skill. And while he understands the gravity of his deed, there are still no regrets about the mission.

But Tibbets did express a lament in his later years. He said the America he fought to defend had largely disappeared.

“It’s not the same country, in many ways,” he explained. “Sometimes I think that no one really understands the history.”

“There is a certain price to be paid – a certain peril – that comes with the lack of being raised in a disciplined environment,” Tibbets warned.

It’s easy to condemn Tibbets and dismiss the decision to drop the bomb. And the discussion over the choice will and should go on forever.

Yet those who lend their voices to the great debate have a duty of their own. By taking the time to learn history, they can better understand difficult decisions, like the atomic bomb, in the context of their times. Failure to do so is intellectually dishonest.

It is indeed from the vantage point of a safety net that the actions taken by the United States to end World War II by today's Pacifistic Progressives are able to easily condemn Tibbets and his brothers. Today's Pacifistic Progressives are a spoiled and selfish bunch, a group eager to blame America first and only. They are not determined to build better lives for themselves or their families, no - they want the government to do it for them through things like legislation that redistributes wealth and government hand-outs. They want everything given to them at the expense of others and then they are still not satisfied, wanting and demanding more.

It is indeed easy to pass judgment on decisions made in the heart and heat of war times, because most of those who eagerly pass this judgment have never served in any war or even been close to any type of conflict that can simulate what many of our parents and grandparents experienced in World War I, World War II, the Korean Conflict, the Cold War and Vietnam. Those who today self-righteously pass judgment on history have never experienced any hardship that is comparable to the hardships experienced by many of our parents and grandparents who lived through, or grew up, during the 1900s.

The current group of Pacifistic Progressives whose first rejoinder is always to blame America first are undisciplined and have little knowledge about history. They are all about ducking responsibility. They are all about living an intellectually dishonest and hypocritical existence - it is all they know. 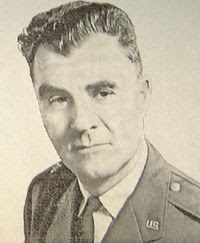 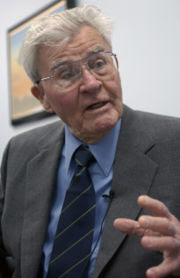 I salute Paul Tibbets, a hero; a man who did what he had to do, what he was ordered to do, what was the right thing to do. May he Rest In Peace.

Comments:
Amen! One of your best posts yet.

That these whining pacifist crybabies even exist to criticize the bombing is a testament to this man's courage and conviction. He carried out his mission and saved a hell of a lot of GI's that would have died fighting inch-by-inch across Japan.

Very nice tribute to Tibbets DD. I wonder how many people even know who he was? I can't recall seeing anything on TV that even mentioned his passing. I must have seen a dozen bits on Brittany though. This only proves Tibbets right in that too many Americans have forgotten the sacrifices made to win WWII. Tibbets and his flight crew are not heroes for dropping the atomic bomb on Hiroshima nor did they just blindly follow orders. They did what they felt needed to be done out of a strong sense of duty and personal sacrifice. After all, Tibbets didn't order the construction of the atomic bomb and he didn't order it's use on a city. If Tibbets and crew didn't complete the mission, then some other flight crew would have had to do so. Someone else would have had to carry the terrible burden of using the atomic bomb to wipe out an entire city. I doubt that burden was easy to carry for a lifetime. That is what makes them true heroes not merely the act dropping the bomb itself. The same goes for so many airmen and soldiers that fought the War. May all who were consumed in the War find peace in end.

Thanks KM - I appreciate your words and echo your sentiments.

D.S.L. - I published your comment and then I deleted it. Bad taste, man - really, really Bad Taste, something out of youknowwhofromyouknowwhere - land.

Truman, yadda yadda - responsible for the deaths of hundreds of thousands of innocent people. I'm not saying he didn't do the right thing, but...yadda yadda.