This time of year always brings about a slew of television and cable programming with storylines and plots related to Christmas, New Year's Eve, children's animated holiday programs and the secular holiday season.

Many programs were only aired once, or not at all. Some networks believed their special holiday programs would become annual events but they failed miserably in attracting viewers and were ratings duds. Other programs, while believed to achieve conceptual greatness, failed on their execution. Some programs, due to subject matter, were never aired again. Others were deemed offensive and protests kept them from airing.

Most of these programs sit on shelves in studio warehouses collecting dust, but maybe you remember some of them: 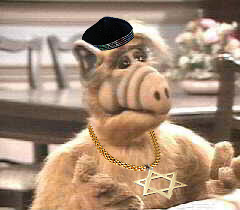 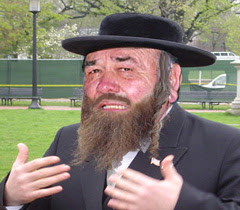 "Alf: An Alf Chanukah", NBC - aired once, December 12, 1988.
Alf shocks the Tanner family during Christmas when he tells them the startling news that he is Jewish.
Guest Star: Jonathan Winters as Alf's Rabbi. 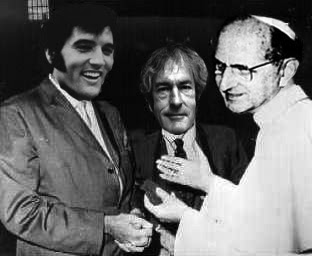 
Hallmark TV Presentation: "Uncle Lenny's Christmas Liver", NBC - aired once on December 16, 1970. This two hour Hallmark Presentation stars Buddy Ebsen as an old man in need of a liver transplant that would be donated by a precocious 8-year old girl dying from an incurable disease, during a charming New England Christmas. Will the little girl die before Uncle Lenny? Can Uncle Lenny live long enough to get a new chance at life with the little girl's liver? Heartstrings are plucked and pulled in this heartwarming and heartbreaking made-for-TV drama. Bonnie Franklin co-stars as Lenny's daughter and Lloyd Bridges as her husband.

Hosted by Charlton Heston, this highly rated but heavily criticized one hour special featured various handguns, shotguns and rifles and how best to shoot to kill holiday intruders in your home. 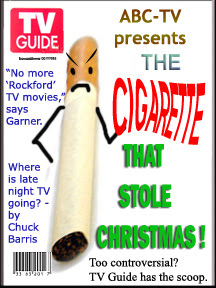 Developed by ABC after the well-publicized tobacco company lawsuits. Desperate for their own version of the popular and highly annually viewed "How The Grinch Stole Christmas", ABC developed this 30-minute animated children's program, the main character an evil Cigarette with a penchant for arson. The ironically and aptly named Burns Family house is torched to the ground on Christmas Eve by the evil Cigarette. The Burns family - the parents and two young children - escape the burning home safely. When the Cigarette witnesses them thankful that they escaped with their lives and that their material possessions meant nothing, the Cigarette feels badly about setting their home on fire and uses magical powers to rebuild their home and undo the damage of the fire. 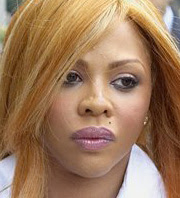 One hour documentary film with Lil Kim complaining for one hour about the many hours required to do her holiday gift shopping. Guests: Swizz Beatz, Papoose and the Smothers Brothers. 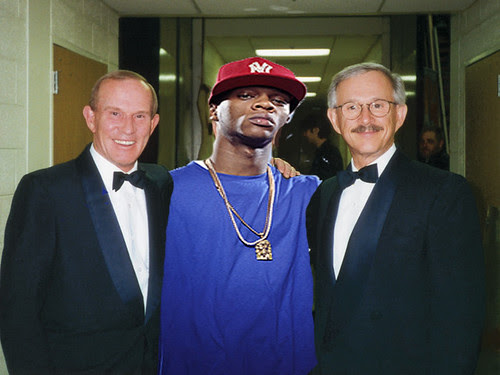 
"Burger King Versus Santa", NBC - broadcast once on December 11, 2006.
This dreadful made-for-TV-movie, financed by Burger King Corp., pits the Burger King King trying to wrest control of Christmas from Santa Claus in the small fictional town of Christmasville. (Spoiler alert): The Burger King is defeated by Santa who receives help from singing, dancing children and elderly Christmasville residents infected with joyous, self-aware holiday nostalgia. However, (spoiler alert): the end of the film clearly leaves open the possibility of a sequel. 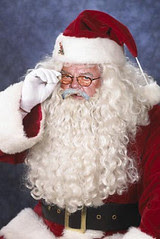 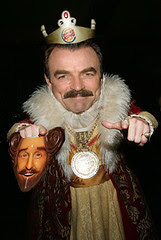 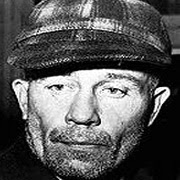 Helpful hints from Ed Gein for homemade gifts that can be made with spare household items that anyone can make for the holidays. Human skin makes for unique gift-wrapping paper. Make a bow with human hair. Whittle and craft a fibula into a decorative candle holder. WTBS received massive amounts of public outrage and protests due to the controversial subject matter which ultimately forced them to cancel airing the program. However, its video tape release in 1989 and its DVD release in 2001, were both best-sellers, remain popular rentals and both having a large cult following.

"A Buck Rogers In The 25th Century Christmas", NBC - broadcast once on December 27, 1979.
Buck (Gil Gerard) and Wilma (Erin Grey) celebrate Christmas in space by battling a crazed, white-bearded man (Denver Pyle) out to destroy earth who is traveling across the galaxy by a reindeer-pulled sleigh armed with weapons of mass destruction. 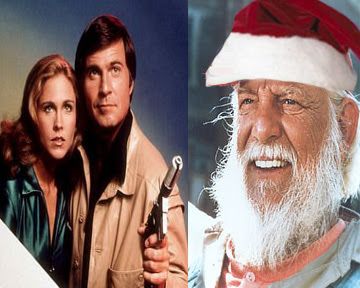 No copyright infringement intended. Any copyrighted reproduction of images is used in compliance of Fair Use Section 107 U.S. Copyright Code and fair use reproduction for purposes as parody, satire and commentary.

Now that one is rich DD.

Hey EC! I wrote that one tailored just for you. heh! knew you'd connect. Great hearing from you. Take care.

Well Molson, ya never know when a sequel will come around for "Uncle Teddy's Christmas Liver", right ?!? I think that's what Bill Shakespeare called a Tragicomedy?

Alf and Jonathan Winters...if only, oh well, we can dream! Lol, you've outdone yourself man, this is great stuff! Thanks for the early Christmas present.

"Whittle and craft a fibula into a decorative candle holder" is a gut-buster!

I have a Christmas carol for the NRA Christmas:

Hi BobG. Thanks for the compliment, you are most kind and generous in your words. I guess I had a stream of conciousness type of thing about TV programs with Christmas and holiday themes that in some ways wrote itself. Doing the photoshopping is the part that was the bitch - LOL!

Thanks for commenting and visiting, as always, Bob - best to you and yours.

Oh yeah Killer, but where are you when I need original material because I'm suffering from writer's block? Huh? Huh? Oh then you're just too busy with the little Mrs. Yeah, yeah, I know how you operate.

All jokes dude....your comments and visits are appreciated!

sorry i have not been by but have been real busy as i think you may have noticed. if you want to help dave, i would appreciate it, but if not, that is fine to.

Not a problem Rev. I figure I hear from you when you have time and if I don't, you are occupied with many of life's other things. Not an issue. Hope all is well.