Why No Child Left Behind Is Inadequate

Five years ago, Congress and President Bush made a bold and historic promise. We pledged in the No Child Left Behind Act that the federal government would do all in its power to guarantee every child in America, regardless of race, economic background, language or disability, the opportunity to get a world-class education.

We have made progress toward fulfilling that commitment. Before the act was passed, most states lacked ways to track student progress and teacher effectiveness. Many state accountability requirements had no commitment to improving education for every child. Only four states had approved assessments that tracked and reported the achievement of every group of students in their schools.

Today, all 50 states have standards, assessments and accountability procedures that enable us to track the achievement of every group of students.

The No Child Left Behind Act is up for reauthorization.

We know the law has flaws, but we also know that with common-sense changes and adequate resources, we can improve it by building on what we've learned. We owe it to America's children, parents and teachers to reinforce our commitment, not abandon it.

NCLB is up for reauthorization, indeed.

It's rather ironic when the Left takes aim at President Bush blaming him for perceived problems for NCLB.

By the way, the above indented and formatted text was written by Massachusetts Democrat, U.S. Senator Ted Kennedy, published on Monday, March 26, 2007 in the Washington Post.

This is a classic case of misdirected blame when the Libs fault Bush for any inadequacies in NCLB. It's much easier for Libs to maintain their fallacious Bush Derangement Syndrome than admit that if they're disappointed in NCLB then they should be blaming Kennedy.

And we all know Kennedy is the primary author of the proposed and abysmal Immigration Reform Bill.

The only bill I personally would let Ted author would be one allowing bars and nightclubs to have a later closing time.

So Libs, if you have problems with NCLB - point your fingers of blame at the oft-drunken Senator from Massachusetts - the guy who's been known to wear a neckbrace for sympathy, not for any real medicinal necessity. 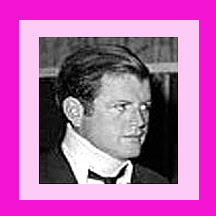