Tony Soprano Alive And Well,
Just As He Should Be

Fan reactions to Sunday night's conclusion of the HBO series "The Soprano" heavily weigh to disappointment. Feeling they didn't get a fair shake with the ending, fans crashed HBO's servers expressing themselves as disapproving of the ending. Apparently, many fans wanted to see Tony die, and this makes no sense to me whatsoever. Why on earth would anyone want to see Tony, a hero/anti-hero, get whacked?

The final episode of any long-running series - whether it's a sit-com or drama - can't be easy to conceptualize, let alone write, re-write, edit and write again.

The finest, best conceived, most creative series conclusion (in my opinion) belongs to "Newhart", with Dick Loudon (Bob Newhart) waking up in bed next to his wife Emily (Suzanne Pleshette) within the context of his previous sit-com "The Bob Newhart Show", remarking to Emily, "you won't believe the dream I just had," explaining his strange dream about owning a Vermont inn. It was classic, genius, brilliant, and flawlessly ten-steps beyond sit-com creative writing; a standard set in gold for others to reach for but never grasp.

When the "X-Files" ended, Fox Mulder (David Duchovny) and Dana Scully (Gillian Anderson) were alive and well, ready to appear before fans in a feature film perhaps somewhere down the road. The only disappointment in the "X-Files" conclusion was the definitive death of the Cigarette Smoking Man.

On "24" the character of Phillip Bauer (James Cromwell) - Jack Bauer's dad - may indeed be alive. Sure, the oil rig was blown up, but the audience did not witness Phillip die on-screen. Since he didn't die on-screen, Phillip Bauer may indeed have escaped just before the explosions and resurface in future seasons.

When a character "dies" off-screen, he or she may not necessarily be dead. This is why television series use the plot device of a character supposedly "dying" off-screen. If they die off-screen, the writers always have the option of bringing back the character.

If you're old enough to remember, or watched it on cable reruns, you may recall that "Dallas" fans were asked to buy into the plot device of the 1985-1986 season, where the Bobby Ewing (Patrick Duffy) character was killed off on-screen, as nothing more than a dream by his wife Pam (Victoria Principal).

It's not easy writing a final episode of a long-running, successful series, whether it's a sitcom or a drama. 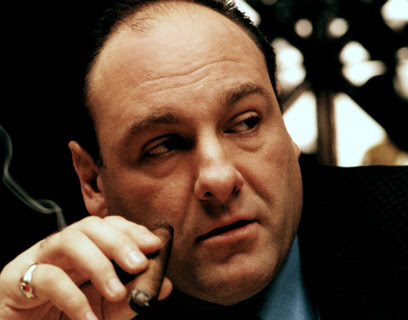 NBC's "Crime Story" was another gem of network television. Before it had been decided if it would be renewed or not for a third season (it ended up not being renewed), the show ended its second season with a cliffhanger with the major characters in a small jet plane, crashing into the sea. For all we know Ray Luca, Pauli Taglia and Lt. Mike Torello are still treading water.

The high expectations - and underperforming conclusion - of the final episode of "Seinfeld" left its fans and audience "wanting". You don't suppose Jerry, George, Elaine and Kramer are still sitting in the same jail cell that we last saw them in in 1998, do you? "Seinfeld" was a fantastic sitcom. The characters were left in tact so that writers could bring them back, probably for a "reunion show" which - as reunion shows go - would be a terrible idea.

The disappointment in the "Seinfeld" finale was that it had far too much of a "let's get every character on screen one more time and put on a show" type of feel to it.

Clones of successful programs, sit-coms and dramas alike, often fail because magic only strikes once. How many "24"-like clones have come and gone? "CSI" spin-offs are an exception to the rule and are successful because of the interconnectivity of the original series lending its parameters to similar stories in different cities combined with superb writing and acting. "CSI: Eau Claire, Wisconsin", however, would be a short-lived and instant causality.

Mary Richards, Lou Grant, Murray Slaughter, Ted Baxter and Sue Ann Nivens had a group hug on the final Mary Tyler Moore episode - all of them fired from WJM except for Baxter. Mary turned off the lights of the news room and that was that. Simple, easy, classy and elegant.

"Everybody Loves Raymond" closed its successful nine year series with the entire Barone family seated around the breakfast table in Ray and Debra's house. The camera slowly dollied away from the table. Fade to black and that was that. Again, simple, easy, classy and elegant.

While the potential for future financial rewards certainly had to be a motivating factor why Tony Soprano wasn't killed Sunday night, "The Sopranos" changed the way episodic television is done. "24" and the "X-Files" redefined series drama as well.

Yes, fan base expectations may indeed have been for "something BIG", but "Sopranos" creator David Chase didn't get where he is today by cheating the audience. I have a feeling we'll be seeing Tony and Company in a future theatrical release or even perhaps a series of HBO films and when we do, we'll be damn happy that Tony didn't get whacked Sunday night.

So it shouldn't come as any surprise or disappointment that Tony Soprano is alive and well, as should be, at the diner. And we're waiting to see what he does next. Something tells me we'll be reunited with Tony and none of us will be disappointed.

Comments:
Yep, I figure HBO is planning to bring Tony back one of these days..

I do agree Guy - I think Tony and Company will be back. Too popular and profitable a series to not have him return. Thanks for visiting - take care and travel safely.