Students Don't Have The
Same Rights As Adults

Morse v. Frederick, casually known as the "Bong Hits For Jesus" free speech case, was decided on Monday with the Supreme Court of The United States (SCOTUS) ruling 5 to 4 that student Joseph Frederick's right to free speech were not violated. BBC:

A former high school student has lost his case in what is the US Supreme Court's first major ruling on students' free speech rights in almost 20 years.

At issue was whether a school principal violated a student's right to free speech by suspending him for displaying a banner reading "Bong Hits 4 Jesus".

Joseph Frederick unfurled the banner near to his school as the Olympic flame passed through Juneau, Alaska, in 2002.

Head teacher Deborah Morse, who destroyed Mr Frederick's banner and suspended him for 10 days, argued that the banner's message went against the school's anti-drugs policy and was unfurled during a school event to watch the flame pass.

However, Breyer - in part - concurred with the majority opinion.

Via the Student Press Law Center:

Justice Steven Breyer filed his own opinion, in which he concurred in part and partially dissented. Breyer claimed resolving whether Principal Deborah Morse could be given qualified immunity from any monetary damages first meant the Court would not have to consider the First Amendment issue.

Breyer dissented on the grounds that reviewing the constitutional question was not required. By denying Frederick's claims for monetary compensation and granting qualified immunity to Morse, there would be no need to visit potentially murky free speech claims, he said.

"It's an interesting point. He says first of all Frederick would never win damages because of qualified immunity, and I think that's right," said Ron Collins, a legal scholar at the First Amendment Center's Arlington, Va. office. "Given the facts of the case, Frederick might not even win injunctive relief, so he never reaches the constitutional question. Breyer's opinion...strikes me as reasonable, not compelling, but reasonable."

The key word in this entire case is "reasonable" and it was "reasonable" for Morse to take the actions she did. This upsets many Liberals who have only a knee-jerk reaction who add the SCOTUS decision to a long list of imagined "wrongs" done by the Bush-Cheney Administration.

What's next...the Left claiming that the liberal Breyer, appointed by Bill Clinton in 1994, is part of the Vast Right-Wing Conspiracy? (chuckle).

Even the Leftward-leaning Stump Blog called the decision, "a common sense decision by the U.S. Supreme Court." 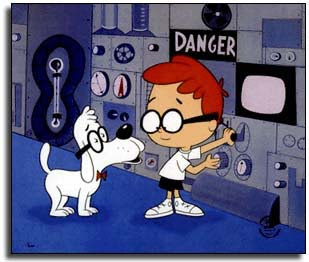 For those Liberals who are outraged with this decision, hop into the Wayback Machine with Mr. Peabody and Sherman and revisit Tinker v. Des Moines.

Students - especially those under the age of 18 - do not have the same rights as non-students or adults. For instance, students under the age of 18 cannot legally enter into contracts. The behavior of students in schools, both public and private, usually must adhere to conduct and policies specified in Student Handbooks. Different standards apply to student and school newspapers than those that apply to private and public newspapers.

On the issue of liability, "the Court agreed unanimously that Morse should not be penalized." - The First Amendment Center.

Additional reading about how students do not have the same rights to Free Speech is at the Electronic Frontier Foundation and their Frequently Asked Questions about student rights with regard to blogging.

Students don't have the the same rights as non-students and adults. The Left is simply going to have to learn to live with, and accept, this fact of life.