Not long ago it was imperative that the United States - both citizens and politicians alike - not allow the War in Iraq and Afghanistan to turn into another Vietnam. If anything, we learned from Vietnam not to allow politicians to micromanage the Military. Vietnam also taught us - or should have taught us - that the media possess far too much power of public persuasion and influence in what it reports. It took only one newscast for Walter Cronkite to convince a sizable percentage of the American public that "Vietnam is a lost cause."


It didn't take long for Democrats like Illinois Senator Dick Durbin calling and comparing the Men and Women of the U.S. Military to "Nazis"; like Pennsylvania's Representative John Murtha accusing our Marines of covering up what happened in Haditha, comparing it to "as bad as Abu Ghraib, if not worse;" like Massachusetts Senator John Kerry accusing "American soldiers need to be going into the homes of Iraqis in the dead of night, terrorizing kids and children."

Cindy Sheehan, whose son Casey died in Iraq, became the symbol of the anti-war movement, allowing herself to be used, abused and manipulated by powerful Democrat politicians, George Soros-funded media organizations and the general Main Stream Media. Exploiting suffering, misery and hardship is a political technique perfected by the Left. 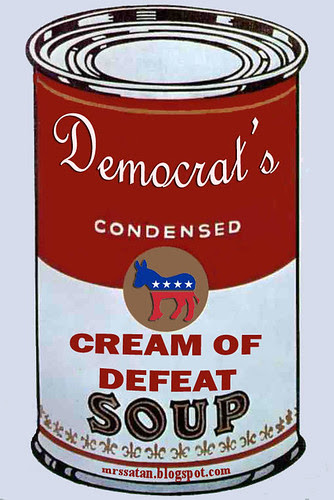 The jargon from the Left mutated into calling Iraq "George Bush's War" or "Dick Cheney's War". It is no more Bush's or Cheney's war than it is "Hillary Clinton's war" or "John Edwards' war" - or any other number of Senators and Representatives who voted for the war.

Whether you like it or not, agree or disagree, it is America's war against terrorism and terrorists. The list of terrorist attacks against American targets and Military installations around the world, as well as the 1993 World Trade Center bombing and the attacks on September 11, 2001, did not begin with our Military presence in Iraq or Afghanistan. Terrorist attacks will not vanish and disappear simply because we remove or withdraw our Military presence from wherever they may be.

Former Democrat Senator and current candidate for president, John Edwards, recently said that what happened in New Orleans from hurricane Katrina is a national embarrassment. While I disagree with him, let's pretend for the moment he's right. If his words are accurate, then what the Left has done with how they've treated the Military and the War in Iraq and Afghanistan is a national disgrace on the part of Democrats and Liberals.

The Democrats are doing their very in best in repeating the mistakes of Vietnam for their own political gain and advantage. Their words ring hollow as they posture themselves, claiming they are strong on defense while in reality they are weak and impotent.

The Dems long ago decided Iraq and Afghanistan is another Vietnam and they are busily planning a failed exit tactic of retreat, leaving our enemies believing we are weak. Returning a Democrat to the White House in 2008, with even a slight majority of a Democrat controlled Congress, we can only look forward to an unguarded and unprotected country that is an easy target for another domestic attack.