I couldn't be happier about the demise of this weak weekly "news alternative" tabloid. After almost a ten-year lifespan, Pulse - in its "newspaper format" - was unable to overcome its overwhelming financial obligations.

Most non-Twin Citians probably never heard of this weekly tabloid whose every edition usually ran a full prodigious eight or ten pages. It's political content was to the Left of Le Monde Diplomatique. Pulse ran Liberal Jim Hightower's weekly Crazed Conspiracy Corner Column that made anything published by the Weekly World News seem, by comparison, banal and mundane. 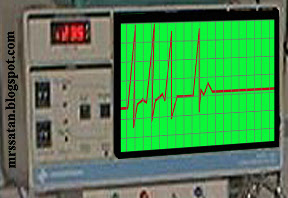 The Pulse Finally Flatlines, DOA
Pulse's existence and funding was birthed by the money-grab from the Big Tobacco Lawsuits. Pulse was more than subservient, staying on its leash like the loyal and obedient inbred hound that it was. Every other issue or so ran stories on the evils of Big Tobacco. Pulse accepted no advertisements from the cigarette companies. When Pulse wasn't disparaging Big Tobacco they were treating Big Oil as the Darth Vader of corporate entities. To balance this "fairness", virtually every page of Pulse ran advertisements for bars, nightclubs and liquor - a substance which we all know causes no health or societal problems.

Fidel Castro and Che Guevara were the heroes of Pulse. Socialism in all its forms was hailed as the form of government that is the best thing since individually wrapped mint candies. Pulse always made time to trash and denigrate any form of government and country allowing freedom for its people, democracy and containing elements of capitalism.

Food Co-ops and women with hairy legs and armpits were always a de rigueur staple of Pulse. So too were many a profile of people standing at intersections holding a sign reading "Will Work For Food" joined by an accompanying story of how it was "the capitalistic system" that failed the sign holder.

Pulse's editorial mantra was always blaming the system, not the individual. Pulse took every opportunity to tangentially tie the hardships or misfortunes - real or imagined - suffered by anyone to President Bush, the Federal Government, the State Government, the local government or Minnesota's Republican Governor Tim Pawlenty - or Conservatism in general.

Any political election anywhere around the world was rigged if the Socialist Candidate lost and a Moderate or Conservative won. This was the core concept embraced by the Pulse staff. This is true for both the 2000 and 2004 U.S. election as well as the recent election in Mexico. Too bad Pulse isn't around today reporting on how how Nicolas Sarkozy rigged and stole the French election. 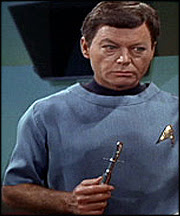 "I can't save Pulse! I'm a Doctor, damn it, not a Miracle-Worker!"
No flash-in-the-pan protest went uncovered and unpublicized by Pulse. No imagined indignity went unexposed. If a "sad story" needed and required telling, by God Pulse was at the event, covering, writing and reporting it.

Like many a Socialist entity, Pulse may indeed crawl out from its grave and the six feet of dirt under which it will be buried. Who knows, it may reemerge in North Korea as The Pyongyang Pulse with the tag "New and Improved!" Why, it could be the tabloid receiving the seal of approval by Kimmy Jong Il!

In the meantime, I'd sure like to unexpectedly encounter Pulse publisher Ed Felien. Especially in a situation where he is doing the work he he was born to do, asking me, "Do you have a Speedy Rewards Card," or, "Would you like fries with that?"

The Pulse. RIP! Only nine years and eleven months too late.