We have another one, ladies and gentlemen! (sound boxing bell). Sound the fanfare, hit those trumpets hard!

After wrapping up the Minnesota State Legislative Session, many lawmakers and their entourages hit a local bar to celebrate their completion of another session of furthering Nannyism.

One of the party-goers was Minnesota Democrat, State Senator and President of the State Senate
- James Metzen who was nabbed early Wednesday morning for driving while intoxicated. His Blood Alcohol Content (BAC) was .15, almost twice the state's legal limit of .08:

Metzen's attorney, Paul Rogosheske, told the Star Tribune of Minneapolis the senator had been at Kelly Inn, a favorite haunt of the Capitol crowd, before heading home.

In a letter to Senate Majority Leader Larry Pogemiller, Metzen apologized "for my lapse in judgment."

He said he had attended a celebratory gathering with his peers after leaving the Capitol and used bad judgment.

Metzen has drawn attention for alcohol-related issues before.

In 2004, a Twin Cities television station aired a hidden-camera report on drinking at the Capitol. At one point, the footage showed a House member and lobbyists drinking in Metzen's office.

"Lapse in judgment," ... heh, good one Jim, good one. It seems that lately, we've been having an "epidemic of judgment lapses" by our elected officials. An "epidemic" of these things. An epidemic I tell you. 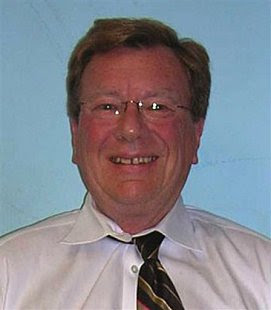 Jim Metzen: Gonna Party Like It's '1999': "Heeeeey, yeah! The shlession is over!
Yaaaaaa-hooooooo! Gimme another Double! Toga! Toga! Toga!"

He was treated like anyone else? According to the story, he was stopped around 2AM, and by 4AM his wife picks him up?

Add another name, Metzen, to the Kennedy, Mondale list of Dems who get off easy when liquored up behind the wheel.

The acronym DUI needs to be changed to DWD, Driving While Democrat.