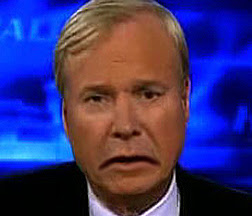 Liberal Hack Chris Matthews was incredulous at the response from Republicans in last night's debate when he posed the question to the candidates of the prospect of Bill Clinton being back in the White House when MrsSatan steals the 2008 Presidential Election.

Later, Matthews mentioned that "Bill Clinton has done so much for AIDS." Perhaps Bubba works so tirelessly on helping those with AIDS because he did so very much to spread AIDS and infect people with it.

Do we need to once again review the facts of how Clinton championed the spread of AIDS?

* As Governor of Arkansas, Bill Clinton authorized the sale of blood from prison inmates - blood that was infected with the HIV virus that causes AIDS.

* As Governor of Arkansas, Bill Clinton signed off on distributing blood around the world that was infected with hepatitis B and hepatitis C.

He did this in the form of awarding a lucrative contract to a Little Rock company called Health Management Associates or HMA. The company was paid $3 million a year to run medical services for the state's troubled prison system.

HMA not only made money from providing medical care to prisoners, but it also started a profitable side venture: blood mining. Screening the blood for HIV and other infectious disease was lax if not nonexistent.

It's no surprise that HMA and it's officials were, at the time, large campaign contributors to Clinton's gubernatorial campaigns.

If you think this is partisan or biased on my part - so very sorry - but you are dead wrong.

Progressive Review wrote about it HERE and HERE.

CounterPunch wrote about it.

Say and think what you want about me and my blog, but none of the above media outlets can be called "tools" of Right Wing Media.

Clinton was the only president in our history who, during his two terms, refused to release the details and findings of his yearly medical exams and physicals. You don't suppose this suppression of his health and medical history has anything to do with him being HIV-positive and suffering from AIDS, do you?

Bill Clinton deliberately and knowingly exported blood contaminated with HIV/AIDS, hepatitis B and C; and who knows what else around the globe. Arkansas plasma was exported to Canada, Switzerland, Spain, Japan, Italy and the United Kingdom - to name just a few countries where Clinton dispersed his deadly and tainted plasma. This was done all for money, campaign contributions and political cronyism.

Now Clinton desperately wants to be looked upon as someone who "cares" and is "concerned" about those who suffer from these hideous and gruesome illnesses. What a hypocrite.

At least 42,000 Canadians have been infected with hepatitis C, and thousands more with the HIV virus, thanks to poorly screened plasma. Some of it has been traced back to the Cummins prison in Arkansas. More than 7,000 Canadians are expected to die as a result of the blood scandal. Source: SALON, December 24, 1998.

"It is our duty as children of the same God and citizens of the same planet to pool our energies and banish the scourge of AIDS from the headlines of our newspapers to the chapters of our history books once and for all." - William J. Clinton. Source: The Clinton Foundation

You can read more about the Bill Clinton-Tainted Blood scandal at Bill Clinton: The Hypocritical Face Of AIDS.

Yep, Bill Clinton sure has done a lot for AIDS. He helped spread it to people around the globe without even having to unzip his pants. Surely there's an award for his humanitarian efforts, isn't there?

Comments:
D'u know that there's no AIDS? I mean, AIDS is bullshit. But, it seems, for you it's an important argument against ex-presdnt.

I don't understand what your reasoning is based on. Or lacking. Please explain.

Hey David you're so smart, try to google "aids doesn't exist" or smth. Well in Russian, there's tons of information about AIDS propaganda, expanded by USA. Millions of dollars was spent on this campaign: overpopulation in Africa is "treated" with this "virus" succesfully and some more projects within aids hysteria. I just see that even smart and energetic ppl like you have been paralyzed by this propaganda. So watch out! And I wish you a better application of your capacities.

Thanks for replying. I did google "aids doesn't exist". I read the Kary Mullis -Nobel Prize winner in Chemistry 1993 - piece. I'm no Nobel Prize winner and chemistry was by far one of the subjects I did well in, so far be it from me to argue with him.

There certainly seem to be a lot of people in the medical and scientific community that would disagree that AIDS doesn't exist and that it is not caused or linked to the HIV virus.

And there certainly seem to be a lot of people in the med and sci community who agree that it is trasmitted via blood and bodily fluids, and that it has infected more gay men than heterosexual people, as well as certain countries like Africa.

I'm not sure why you would call AIDS education "propaganda". Who and or what is to gain from all this, if "AIDS" doesn't exist?

You're not part of the "AIDS was created by U.S. (or another country) Scientists" conspiracy crowd, are you?

I hope to hear back from you on this. Thanks for visiting and commenting Russo.