Another audio tape has been released after the death of former President Gerald Ford. While the tape has not yet been authenticated, it is widely believed to be another recording that President Ford authorized to be released only after his death.

In the tape, President Ford criticizes Bob Woodward and Bill Clinton while praising President George W. Bush and his handling of the Iraq War.

The late President also comments on some other classified information that the public has never heard.

Sound and audio experts estimate the recording took place sometime during 2004 using the same type of recording device that Woodward used in his alleged conversations with President Ford. This would explain the audio quality of the tape. 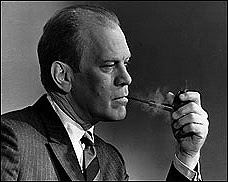 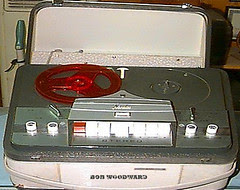 Comments:
how did you make it sound scratchy?

Ummmm, crinkling plastic wrap and one or two other proprietary...mine...secrets.