The Liberal Group ACORN is being accused of voter registration fraud in Missouri, Ohio and Pennsylvania.

5,000 registrations turned in by ACORN, only 10 to 15 percent were legitimate

The State Board of Elections forwarded to the FBI more complaints of possible election fraud...

South Carolina's Republican Governor Mark Sanford turned away from polls because he didn't have his voter registration card. He did return with it and voted a bit later. But how many OTHER VOTERS were disenfranchised? Huh? Huh?

I'd think that the Left, being such a staunch advocate of having every vote count, and taking such great measures in the past to assure the public that every vote is counted, would want to investigate these scandalous incidents of Voter Fraud! But they haven't mentioned it at all. Why, what's up with that?!

Many of the Democrats who were elected yesterday are Moderate and Centrists Democrats. Pro Life DEMOCRATS won races yesterday!

SEVEN States loudly and clearly said "NO" to Gay marriage.

Liberalism made no major gains in yesterday's election. 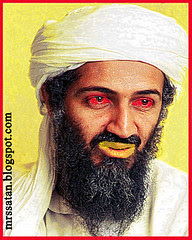 "Thanking You for Voting Democratic!"
- - -
Liberalism didn't win yesterday, not the Liberalism as defined by the Insane Liberal Clown Posse. It wasn't a good day for them at all!

Oh, and just so you don't get too comfortable there, you Whacked Lefties...by President Bush announcing the resignation of Donald Rumsfeld today, you've just had the wind in your sails halved.