So big-talking Keith Olbermann can't get "it up"? Bwa-f*cking-hardee-har-har! No wonder he talks a big talk...that's all he's got! I'll bet that's why he uses two "N's" in his last name...to overcompensate!

A BROWN-haired beauty who claims she had an unsatisfying one-night stand with Keith Olbermann is getting her sweet revenge - she's launched a blog to warn other women about the acerbic MSNBC commentator's boorish bedroom habits.

The bitter babe, who calls herself KarmaBites1, says she doesn't want others "to fall into the same trap . . . and I want him to feel some remorse for what he's done .

She says [Keith Olbermann] came to her hotel room and opened a bottle of Merlot which he "spilled all over." Then, when "sexual activity began [in] less than an hour," Olbermann had difficulty. "I pretended he knew what he was doing," the embittered blogger writes. "I adored the guy. I didn't want him to think he was a dud in bed."

Six days later, she claims, Olbermann e-mailed her to tell her never to contact him again. "I practically begged him to explain what I did wrong. I told him I deserved some kind of explanation for such a dismissal, but I never heard from him again." She said she's since heard from six other women who say they had brief sexual relationships with Olbermann.

I knew there had to be a reason gas-bag Olbermann needs to sublimate his inferiority issues with his Insane Liberal Political Rhetoric. Now we know...Olbermann suffers from Korean Taep'o Dong Missile Syndrome...it just doesn't go up!

Oh, and HERE is her blog. And she writes the following in a post about her telling this story:

"I'm not Republican, I wasn't out to "frame" him. I'm a life-long Democrat and my voting record could prove it." 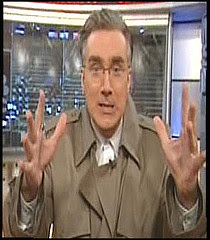 Maybe this guy can help! 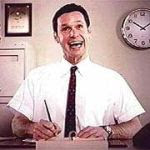