September 14, 2006...a date so long ago, similar to an aged book from history constructed with parchment and covered with thick, sickly coats of dust. Yes, September 14, 2006 was such a long, long time ago...in a galaxy far, far, far away.

What? It was only a month ago? Well, pardon me!

Why, it was only September 14, 2006 - last month - when we heard the Liberal Talk Radio hosts cackling their propaganda of, "See - AirHead America didn't file bankruptcy," amidst all the reporting back then that they were SODAMNCLOSE to filing banko!

I guess waiting one month makes it less painful, does it? What - is this the 900th time that AA's various owners have filed banko?

But now AirHead America has succumbed to BANKO:

The network had denied a report one month ago that it would file for bankruptcy protection. But Air America spokeswoman Jaime Horn told the Associated Press today the filing is now necessary because negotiations with a creditor broke down.

And more from ABC News:

The filing and executive shuffle marked the latest turbulence at the liberal talk radio network, which went on the air two years ago. This April, Danny Goldberg stepped down as CEO and was replaced by an interim chief executive from a management consulting firm.

"Nobody likes filing for bankruptcy," [said new CEO Scott Elberg] in a statement. "However, this move will enable us to concentrate on informing and entertaining our audience during the coming months."

Air America has struggled financially since its inception. According to documents filed with the U.S. Bankruptcy Court for the Southern District of New York, the company lost $9.1 million in 2004, $19.6 million in 2005 and $13.1 million so far in 2006.


Whew - talk about rats bailing off from a sinking ship!

It's nice when the spewers of bad karma have it come right back to them and smacks them down like the beaatches they are, isn't it? 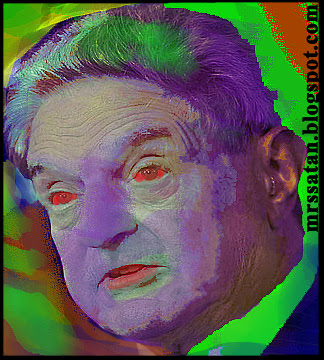 Will their evil Uncle, Georgie Sorryos, cut a check for a few hundred million and bail them out? Time will tell!