Why Does Nancy Peloshit Smile All The Time?

...Much like the character of Mrs. Ida Lowry (played by the wonderful Katherine Helmond) in the film BRAZIL. 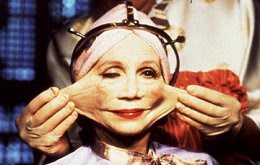 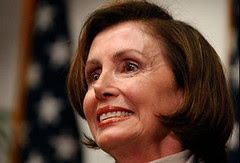 Comments:
Ida Lowry, Nancy Peloshit ... anyone ever seen them in the same place at the same time?

"Hmm, I can't seem to diss her politics so I'll go after her personally."

She's probably smiling because she knows she's got more character than dumbasses like you.

HA, "MrSatan", that's rich. Say, why is there no blog existing from the hypertext to your blog name? Are you a little Chickenshit Liberal?

You mean "go after her personally" the way Liberals personally attack Ann Coulter, Rush Limbaugh, anyone on Fox News? The way Mike The Rotting Corpse Malloy personally attacks anyone who doesn't think just like him?

Is that the kind of personal attack you write about...do I have that right?

You wouldn't know sarcasm if it swallowed you whole and shit you out its colon the next day.

But I did enjoy you impotent attempt to try to make a point. Perhaps you will celebrate by throwing a Moral Victory Party.

Does a kindergarten attempt to parody the host's name (I mean, "Mr. Satan"? Really?) constitute those "bigger intellectual guns" you were referencing?

Hey JL -- "MrSatan" is funny, eh? No blog to check out from his hypertext. No balls, no bravery. He must be French!!