The Further Adventures of UnderGore!

The saga of UnderGore continues:

You surely know that hurricane experts have been warning congress for many years that the natural cycle in hurricanes would return some day, and that our built-up coastlines were ripe for a disaster (like Katrina, which you highlighted in the movie). And as long as snow continues to fall on glaciers, they will continue to flow downhill toward the sea. Yet you made it look like these things wouldn't happen if it weren't for global warming.

Why did you make it sound like all scientists agree that climate change is manmade and not natural?

It seems unlikely that CO2 variations have been the dominant cause of climate change for hundreds of thousands of years. And now that there is a new source of carbon dioxide emissions (people), those old relationships are probably not valid anymore. Why did you give no hint of these alternative views [in your movie]?

I assume you know that polar bears have always migrated to land in late summer when sea ice naturally melts back, and then return to the ice when it re-freezes. Also, if this was really happening, why did the movie have to use a computer generated animation of the poor polar bear swimming around looking for ice? Haven't there been any actual observations of this happening?

So much of the above contradicts "The Albert Gore, Jr. Movie", it's no surprise that Professor Gore failed to mention it. And animated polar bears, Albert...C'mon!

Have you watched the short film of Albert Gore, Jr., and Company spewing CO2 around the globe? It's fantastic. It's the one titled: "Special web-only bonus, on the occasion of the release of An Inconvenient Truth: Al Gore's Big, Fat Carbon Footprint."

Why is it elitists like Gore and Company want to reserve their airplanes and SUV's for only themselves, asking the rest of us to be the ones that sacrifice?

There is dispute whether or not Gore and Company walked or took a SUV motorcade. One thing is certain, while he may have walked somewhere, he did travel by SUV motorcade to the Cannes festival, when he could have walked. 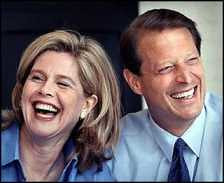 (Sung to the theme song of "The Flintstones"):

Al Gore's, meet the Al Gore's, they're a modern-day age family
Polluting the globe with CO2
From their private jets and SUV's

Someday, maybe Al will be the President
But more likely, just another U.S. resident 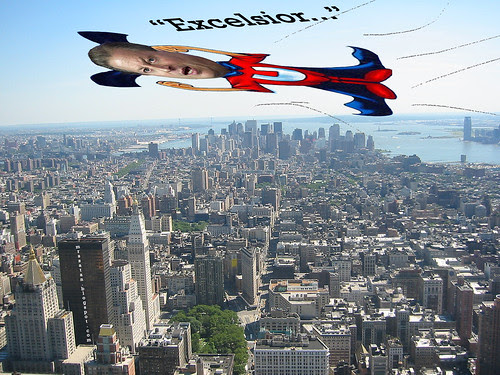 "There's no need to fear global warming, why, UnderGore is swarming!"